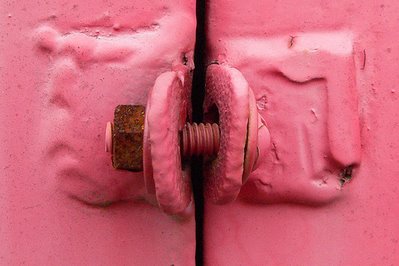 I have about as much interest in some writer catterwalling about how getting laid never led to meaningful relationships as I do in scratching my cojones after slicing hot peppers.

But the photograph that attracted me to the catterwallerer was terrific, a term that was used to describe her was intriguing, and the song she cited downright irresistible, so I found myself being sucked in.

The terrific photo was posted by Lindsay at Majikthise. The intriguing term was retroactive virgin and the irresistible song “Will You [Still] Love Me Tomorrow?” Carole King's version of that classic was played endlessly on the jukebox in a gin joint that I frequented when it was a smash hit circa 1970. (I like the original by the Shirelles better, but that’s another story.)

All of this leads in a rather roundabout way to “Thrill of the Chaste” by retro virgin Dawn Eden, who begins Chapter 1 with a nostalgia (non-acid) trip back to a “more innocent era” when she walks home one night after work and hears the song (sorry, unclear as to whether it’s the Girl Group original or Earth Mother cover) coming from a bar at closing time:

The song brought up bittersweet memories — more bitter than sweet. Like many songs from that more innocent era, 'Will You [Still] Love Me Tomorrow?' expresses feelings that most people would be too ashamed to verbalize. There’s something painful about the way its vulnerable heroine leaves herself wide open. She’s not looking for affirmation so much as absolution. All her man has to do is say he loves her — then a night of sin is transformed into a thing of beauty."

Mocking women who have decided that the way to is not through their vaginas is like shooting fish in a barrel and rather unfair, but Zuzu’s immolation of the first chapter of ’s tell-all at Feministe is nevertheless a thing of beauty.

"But most insidious is this idea that thinking you have the right to conduct your sex life the way you see fit is somehow an abuse of freedoms. She’s not the first one to float this idea recently — Dinesh D'Souza explicitly argues in his new book that the sexual liberation of women is an 'abuse of freedom' that just invites terrorists to attack us, and Nancy 'Really! I’m an honorary guy!' thinks that women have gotten a little too used to this whole freedom-and-voting thing, which is taking them away from their biological imperatives. And that doesn’t even count all the women writing lately about how women’s suffrage was a bad idea.

"Sorry, Dawn. Just because you can’t handle your own freedom doesn’t mean I have to give up mine."

If one allometrically scales the taxon mammals for encephalization quotient the results indicate that man and the porpoise are most equal. This affinity, (i.e. similar brain weight) alone could explain why porpoises and humans interact so well.
Also, whales, followed by elephants, rank highest in brain size surpassing the three-pound brain weight of man and porpoise.
These facts lead one to a complete teleological construct for the animal kingdom, plants included, and the universe: an all inclusive religion.
Simply stated, plants and man, each of carbon and water, seek similar corporal and spiritual nourishment, hallmarked by the “big brains” speaking or singing their love of God (generic).
It is a beautiful theory. All existence, all spirituality, gloriously, harmoniously, and ever so upliftingly encapsulated. Man and plants together turn to the same spiritual sun and the hauntingly beautiful whale songs are psalms to God, hymns to the infinite.
Oh crap. It appears that female whales can’t or don’t or aren’t allowed to sing.
What a God darn bummer. Well, it was a nice oasis of spirituality while it lasted.
But wait! If women can marry other women and women are equal to men and females of ancient lizard species are procreating by both laying and fertilizing eggs themselves, then ergo the male whales might just be helping with the household chores and all is well. Yes? No? Maybe?

Whatever it was you said, I certainly could not have said it better. Great song, though, eh?