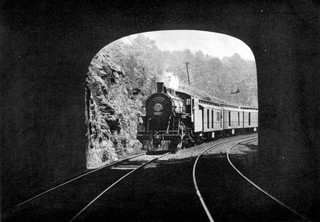 I am sure there are a lot of men out there whose relationships have been helped, if not saved, because of erectile dysfunction drugs like Viagra. That noted, the recreational use of these drugs as stimulants for their own sake is troubling and the promotion of their use is downright reprehensible.

The AIDS Healthcare Foundation agrees and has sued Viagra maker Pfizer Inc. over ads the group says encourage use of Viagra as a party drug.

The nonprofit group said such recreational use furthers the spread of HIV and other sexually transmitted diseases. The suit calls Pfizer's ads for the drug false and misleading.

Pfizer denies it promotes the recreational use of the blockbuster drug, which garnered $860 million in U.S. Viagra sales in 2005, according to IMS Health Inc.

More here.
Posted by Shaun Mullen at 5:09 AM
Email ThisBlogThis!Share to TwitterShare to FacebookShare to Pinterest

As soon as the doctor diagnoses you as a victim of male erectile dysfunction, you can start off your treatment by opting for the anti-impotency medicine Viagra. And to start with, you can choose a Viagra sample. Viagra sample indicates the viagra pills that you can procure from the doctor or from online/offline drug stores for free of cost and as soon as soon as you get hold of a Viagra sample and administer the medicine, you would soon get rid of the shackles of erectile dysfunction. For more details on Viagra sample, visit the website http://www.viagraforce.com.

He vanished for a bit, but, god, what a great post. I'm so glad he didn't stay away.

Hello people want to express my satisfaction with this blog very creative and I really like the views of the focus very good indeed Thank you for the helpful information. I hope you keep up the good work on making your blog a success!

Mobile Application said...
This comment has been removed by a blog administrator.
7:21 AM