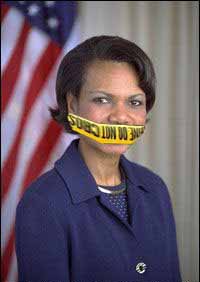 "It would be hard to imagine a less promising moment for the United States to restart serious Palestinian-Israeli peace negotiations.

"Six years after the last such talks, the Palestinian government is controlled by Hamas, which preaches Israel’s destruction. Approval ratings for the Israeli prime minister are barely in double digits. Gaza and neighboring Lebanon are in turmoil. President Bush is weak.

"Yet the administration is holding a meeting on Feb. 2 of the so-called quartet, whose other members are the European Union, Russia and the United Nations, to be followed by 'informal talks' between Israeli and Palestinian leaders, with help from Secretary of State Condoleezza Rice, about the shape of a final peace treaty and the nature of a Palestinian state beside Israel