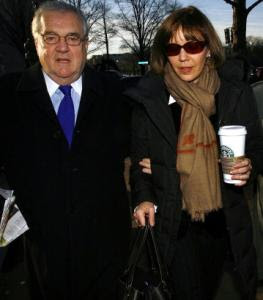 I’m having difficulty staying focused on the Scooter Libby perjury trial. Trouble is, it has quickly descended into a battle of liars, and I just don’t find that particularly interesting.

And so we have the spectacle of disgraced New York Times reporter Judith Miller going head to head with one of Libby’s lawyers over who is a better liar.

What Miller says or doesn’t remember is incidental. With the long knives out for Libby at the White House, he probably will be convicted. And if convicted, be pardoned.

I will leave to others blow-by-blow accounts of the trial. What I suggest that they not lose sight of is the biggest lie of all and the reason for this legal circus to begin with:

The Big Lie that Saddam Hussein was a threat to the region and the world because, as Miller breathlessly told us in a series of Times stories unchallenged by her editors, he had WMDs, as well as a nascent nuclear program and ties to the terrorists who launched the 9/11 attacks. It was that Big Lie that has resulted in a catastrophic war without end, which makes the Libby trial seem like even smaller potatoes, no?

And that they not lose sight of this:

When Dame Judith takes the stand again today, the Times also will be on trial. This is the great “newspaper of record” which resisted looking into her reckless fabrications about WMDs, which were based on the pap fed her by White House insiders in the service of perpetuating the Big Lie.