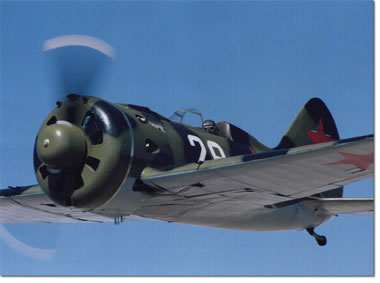 As near as dammit 10 percent of 2007 has already passed, and the speed at which this happens every year is starting to be a bit of a worry. Not that there’s much to be done to slow time down, but I could find it in my heart to wish it would. As a special favour. From someone. Anyone!

Summer having finally become established after a very late start (global warming? Ha!!!!) I could no longer put off refurbishing the bedroom window frames. And so I dutifully went down to the paint store to get in supplies at outrageous cost (a litre of paint costs 30 times a litre of gasoline, more or less), and on a fine warm day began work. Readers with long memories will remember near the beginning of these chronicles, my account of the sound of music drifting across from the school over the road, on a calm late January summer’s day.

Well, they were back again this year and an assortment of players with an assortment of skills entertained me with the sounds of Mozart and Schubert as I sanded, played on pianos and violins and as always it was a delight no matter the state of the artist’s learning. This summer, though, there was an extra sound in the air — quite literally — namely, the sounds of antique aircraft. It was show-time again: Wings Over Wairarapa, no less, which is a biennial event growing more popular and bigger every time it is held. Vintage aircraft come from all over the world for it, and it rivals the older and bigger festival held at Wanaka in , and in my opinion will soon overtake it in popularity.

And so, the sound of music was occasionally drowned by World War II Russian fighters like the Polikarpov, circling over our house in a holding pattern until it was their turn to fly down to the airport to perform their magic. Prokoviev and Polikarpov — how harmonious!

(On the last night, it was folk dancing time, out of doors. “Turkey In The Straw” and “Little Brown Jug”, and a caller and a fiddler and a banjo. Sheer bliss!)

The second day of the air show also attracted maybe 25,000 patrons, many of whom had come from . Sonia and I did the opposite and drove over the Rimutakas to lunch with friends, and then to the city to say goodbye to our grandson, who is leaving tomorrow to spend a year in . So there was the situation; thousands of Wellingtonians in the Wairarapa, and us in . That’s when a large truck and trailer toppled over on to a car, killing the unfortunate driver, and the was closed. For 10 hours!

Returning home around 6pm we found the police blocking the mountain road, and decided there was nothing for it but to go the long way. That meant heading west to joining congested Highway 1, north to the Manawatu Gorge, then east and south and home — about 3 hours if all went smoothly. So, we did that. And arrived home at just about the time the mountain road was re-opening. It was rather a pleasant drive, actually, our first up that stretch of Highway 1 for a number of years, in the misty rain and slowly closing dusk.

But one of these days, there’ll be a real disaster. Try not to think about it.

Since I last wrote we have discovered what I assert to be the world’s Number One household luxury. Building on a long history of buying coffee makers, because we have perfected the art of breaking them or wearing them out, sometimes several times a year, we went that extra mile this time and bought one with a clock. Now, when we wake and totter into the kitchen in the morning, there’s the freshly made coffee ready to pour, having announced itself by sending its aroma out along the hallway. Can you think of anything more beautiful than that?

Evidence continues to mount that country districts like this are growing much faster than the cities, as people evacuate in favour of a more relaxed lifestyle. Slowly and somewhat painfully, local government bodies are beginning to react by recognising the new kinds of economic activity which this movement of population brings with it. The authorities are very keen to consult with residents, to their credit, because the consequences of failing to consult are almost too painful to think about. New Zealanders love to be consulted!

In the latest 10-year plan for this district, the District Council has gone so far as to print some of the submissions made by civic-minded residents. Someone must have been watching TV about the time “Come Dancing” took Sunday evening audiences by the throat, because among the more original proposals for our development and prosperity was:

Why can’t more people come up with brilliant ideas like this?

We’ve been violated. Hanging at the front of our house since we arrived here almost four-and-a-half years ago was a garden hose. One afternoon we arrived home from somewhere to find it gone. People have suggested that such merchandise is attractive to persons who siphon gasoline from the tanks of cars not their own, and this is plausible since it’s hard to imagine why anyone would steal a hose to water their garden. But hey, what do I know?

The new hose is stored out of harm’s way. Good grief!

Country Bumpkin is a bibliophile and man of the world who lives in New Zealand. Among his other guest blogs are Country History, The Country Way of All Flesh, Country Images, Country Winter and Country Ice.