Our Lord Who Art in the Pharmacy 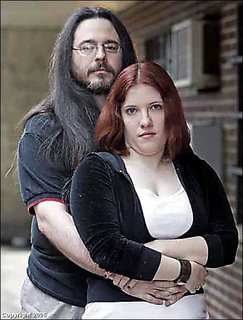 Well, as anyone following the trials and travails of women who seek the Plan B morning-after contraceptive, that can depend on the religious views of a particular pharmacist.

I have blogged on this outrage before, and bring up the subject again because despite a federal law and laws in some states, including Ohio, some women still are being refused contraception.

Let's go to the tape:

"A woman has complained to the governor and an abortion rights group about Wal-Mart workers who wouldn’t give her morning-after contraceptive pills that don’t require a prescription.

"Tashina Byrd, 23, of Springfield, [Ohio] said the pharmacist 'shook his head and laughed' when a pharmacy attendant asked this month about giving the woman and her boyfriend Plan B. The hormone pills can help prevent pregnancy if taken within 72 hours of unprotected sex.

"The attendant told Byrd and her boyfriend, Brian O’Neill, 37, of Columbus, that the store stocked Plan B but nobody would give it to them. . . . Byrd wrote Gov. Ted Strickland and contacted NARAL Pro-Choice America and Wal-Mart Watch, an activist group that seeks to change the retailer’s practices."

As it turns out, Byrd got the contraceptive at another store 45 miles away, but that of course is not the point.

Hat tip to The Carpetbagger Report
Posted by Shaun Mullen at 5:30 AM
Email ThisBlogThis!Share to TwitterShare to FacebookShare to Pinterest