Is It Time to Lower the Minimum Wage? 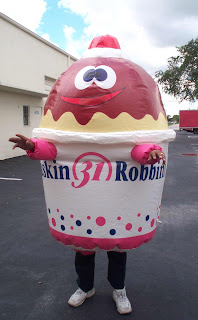 Congressional Republicans are driving the Democrats bonkers in their effort to raise the minimum wage, which has been stuck at $5.15 an hour since Christ was a corporal.

"Keeping the minimum wage at the inflated rate of $5.15 an hour for a decade has been a terrible drag on our economy. The number of millionaires in the United States, for example, grew only 11% from 2004 to 2005, to 8.9 million. It now takes an entire day for a CEO to earn what the average worker earns in a year. Many small businesses cannot afford to pay any wages at all let alone the artificially high minimum wage and America's bottom-heavy wages are making it increasingly difficult for us to compete in the global economy.

"Compared with most countries in the world the U.S. minimum wage is extremely high. Of course, there are some worker-coddling welfare states that have higher minimum wages. In France, Great Britain and Australia, the minimum wage is more that $10 an hour. But when compared with countries like Botswana, Latvia and Papua New Guinea, we are significantly overpaying our workers."

Amen, Jon. More here.
Posted by Shaun Mullen at 5:06 AM
Email ThisBlogThis!Share to TwitterShare to FacebookShare to Pinterest