The Imperial Bush Presidency: An Update 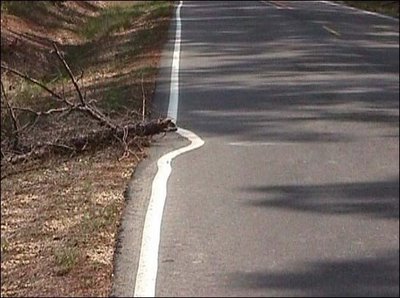 As it enters its seventh year, the imperial presidency of George W. Bush has perfected the practice of going around the Constitution when that pesky document gets in its way.

It burnishes its powers through signing statements, secret executive orders and by simply ignoring court rulings.

It pisses on the Geneva Convention despite the concerns of the military's top lawyers.

It fires U.S. attorneys because they're investigating Republicans.

It bullies people who hew to the rule of law, most recently lawyers from top law firms who represent Guantánamo Bay detainees.

People from across the political spectrum -- liberals, middle of the roaders and conservatives -- should be frightened by these unilateral assaults on the beliefs of the Founding Fathers.

I am not talking about the president's casus belli of the moment, his decision to escalate the Iraq war -- or to participate in the civil war as opposed to trying to stop it, as Christopher Hitchens trenchantly puts it.

I believe that the result of the "surge" plan will be more chaos, but it is the president's right to act unilaterally in this instance. There is precedent for him doing so, and no amount of complaining, let alone efforts to block funding for the additional troops, is going to change that.

What is not Bush's right to do is to tear down the pillars of American jurisprudence and ignore international law, which he and his wrecking crew have done with star-spangled abandon since their coven of lawyers, using a pretzel logic that it has no precedent, interpreted the 9/11 terror attacks as giving the White House carte blanche to do whatever it damned well please.

This brings us to the sordid saga of Jose Padilla, who was denounced as a dangerous terrorist when he was arrested, but as Dahlia Lithwick notes, turned out to just be the wrong Muslim at the wrong airport on the wrong day.

The Justice Department has reduced the charges against Padilla one by one and shuntled him from jurisdiction to jurisdiction each time it became obvious that their "case" would get blown out of court. But Padilla remains incarcerated and has gone crazy.

Why, Lithwick asks in compelling essay in Slate, does the U.S. continue to hold Padilla and hundreds of detainees at Guantánamo Bay and throughout the Rumsfeld Gulag long after years of interrogation established that few are deadly terrorists?

The answer is that the White House is drunk with power for its own sake.

Having claimed the right to determine who are enemy combatants and detain them indefinitely without charges, they cannot retreat from that position without appearing to be weak, and appearances in the Age of Bush often are more important than realities, just as politics often trumps policy.

Salim Ahmed Hamdan, who was Osama bin Laden's driver, would appear to be guilty as sin, but the Justice Department and Pentagon have made such a mess of his prosecution because of their refusal to follow established law that they and the president were handed a stinging rebuke by the Supreme Court.

Established law is key here. These extraordinary times call for extraordinary actions, but that does not mean subverting over two centuries of law, precedent and procedure that have held the republic in good stead through bad times and good.

The proof, as they say, is in the pudding:

The administration has brught to trial only a small handful of detainees despite five-plus years of bloviating about how vigorously it is prosecuting the War on Terror.

And its most successful prosecution, that of Zacarias Moussaoui, the so-called 20th 9/11 hijacker, is tainted because of the possibility that had the FBI not dithered and people in key places had taken his arrest more seriously, it might have been able to prevent the attacks in the first place.

Hat tip for photograph to Central Sanity
Posted by Shaun Mullen at 8:56 AM
Email ThisBlogThis!Share to TwitterShare to FacebookShare to Pinterest

Jenya said...
This comment has been removed by a blog administrator.
10:00 AM