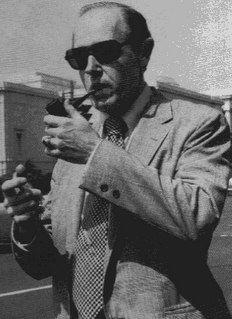 Howard Hunt had the temerity to croak on the same day as the State of the Union speech, so his passing kind of got short shrift.

Not to worry. John Swift provides his own inimiatble take on this real-life Jack Bauer.

"Although best known for masterminding the Watergate break-in, Hunt was also involved in the break-in of Daniel Ellsberg's psychiatrist's office, the Bay of Pigs, the 1954 coup in Guatemala, and, some claim, the assassination of John F. Kennedy. His modus operandi was to make each of the missions he was involved with only seem like fiascos, instead of the great accomplishments they actually were, which was why Presidents continually sought out his expertise. During the last years of his life Hunt was ostensibly working on a memoir, which is coming out in March, but there are many aspects of the War in Iraq that seem to have the hallmarks of a Hunt mission. We may subsequently discover that the War in Iraq was his last and greatest mission."