Iran: Have We Got an Incident For You 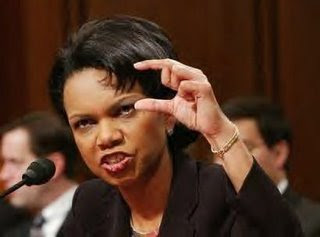 "Our Iran intelligence shows that the threat to the U.S. is this big"
That naughty but prescient Josh Marshall over at Talking Points Memo is engaging readers on what he terms "prospective journalism," in this case an "Iran incident" that provokes a U.S. military attack.

"Will it be a real incident in Iraq for which the Iranians are blamed? Or will it be a complete bogus incident, something that never happened, that they're blamed for? Will we receive the news in manufactured evidence? Or will it all come through unnamed leaks and Richard Perle appearances on CNN?"

Here are some key requirements:

* Despite being fake, the incident must seem reasonably credible.

* It must appear serious enough that discounting its importance would be feckless.

* It must place most Americans in the position of approving of a war against Iran at the time and place of his choosing.

* Finally, it will take quite a while for the incident to be revealed as bogus.

Sounds terribly familiar, does it?

More here.
Posted by Shaun Mullen at 5:11 AM
Email ThisBlogThis!Share to TwitterShare to FacebookShare to Pinterest