Judge the Daughter Not For the Father 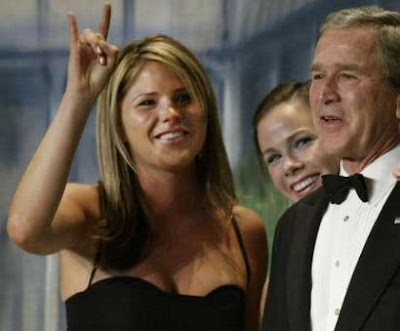 The children of presidents should not be blamed for their fathers’ failures, or for that matter praised for their achievements.

Which brings us to Jenna Bush, twin daughter of President George and First Lady Barbara Bush, who at age 25 is shedding her (probably unfair) tabloid image as a party girl and dingbat and is promoting her new book for young adults, Ana's Story: A Journey of Hope.

The book is a true account of the struggles and triumphs of a Latin American teenager born HIV-positive and puts Jenna, a third-grade teacher at a Washington, D.C., charter school, squarely in the spotlight she has sought to avoid.

In a wide-ranging interview with The Washington Post, Jenna addresses living in a media bubble. Not surprisingly, she is circumspect about her father and the issues of the day, although it is obvious she does not necessarily agree with her father on some things -- or at least interviewer Bob Thompson wants you to think so.

"Nobody wants war. I definitely, and my father definitely doesn't want war. But it's a horribly complicated situation. But I can say it's devastating. . . . I think everybody can agree on that."

When asked about the criticism her father has faced over the war, she adds:

“Obviously this breaks my heart.”

Having noted that neither Jenna nor sister Barbara should be judged for the actions of their father, Jenna has now stepped onto the media stage of her own volition – in this instance to sell a book on a global issue about which she may be more committed than that father – and in doing so has become fair game for scrutiny.

And you'd better believe she'll get a load of it.

Posted by Shaun Mullen at 6:50 AM
Email ThisBlogThis!Share to TwitterShare to FacebookShare to Pinterest

The Bush twins certainly had their fair share of partying here in DC. Always fun when they were found to be drinking in bars before they turned 21. Including Stetson's, one of my favorite U street hangouts.

Amazing how quickly their court sentences went on all those counts ... oh, wait. What AM I saying. Of course they didn't have arrests.

Hey, I'm not a fact checker for People Magazine or anything, but unless I just think I'm sober, this little phrase seems to be ... just wrong!