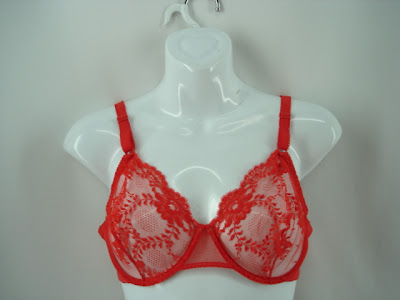 The DF&C's mum was a beautiful woman who stood 6-foot-1 and even taller when wearing one of her many pairs of elegant high heels.

After her passing, friend Frank suggested that the DF&C sell her mum's shoes on eBay.

"Why would anyone want a bunch of large-size shoes," she asked.

"Transvesties," Frank replied, and boy was he ever right.

Before you could say Julie Newmar, some guy in Kansas City had bought out the entire shoe closet for a pretty fair price.

Which brings us to a transvestite's dream come true -- a genuine if slightly used Barbra Streisand bra, which is being sold on eBay.

Hat tip to Gerard Van der Leun at American Digest
Posted by Shaun Mullen at 5:24 AM
Email ThisBlogThis!Share to TwitterShare to FacebookShare to Pinterest