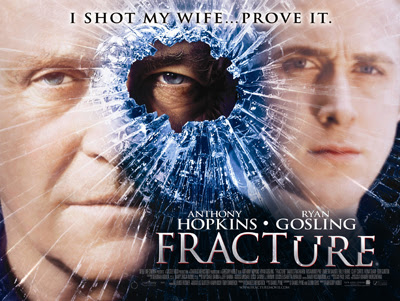 Improving the pleasure of flying by eliminating free bad food has been accompanied by (a) ever shrinking space between seats thus enabling passengers to more easily become acquainted not only with those next to them but those in front and behind them and (b) unpredictable arrival and departure times thus introducing a bit of mystery to what were formerly mundane voyages. And these improvements affect only the pleasure of the on-board experience. The pre-flight experience has also been enhanced, but blame for that lies at the feet of would-be terrorists and not with the airlines. Aware of the diminished pleasure experienced by passengers the airlines have done one thing to help passengers take their minds off their physical woes. They have enhanced in-flight movies.Before recent innovations films shown on overhead screens were relatively innocuous and if not of PG quality, carefully edited to eliminate graphic shots of sex and violence thus making them suitable for viewing by all passengers irrespective of age. That has now been changed and, surprisingly, not everyone is happy even though given enough violence and sex many lose their appetites and don’t notice the absence of food service while others forget that they are uncomfortable.

According to kidsafefilms.org, a recent U.S. Airways flight showed a film on an overhead screen and within the first 5 minutes there was a drive-by shooting, a child crushed to death by a car and children swapping guns. In August some airlines included a scene from “Fracture” in which the husband shoots his wife in the face. Exercising discretion the shot face was not shown. What was shown was the victim’s head with blood oozing out.

A judge ruled that the new Planned Parenthood clinic in , won't be allowed to open. The court sided with the city attorney, who argued PP violated land use and permit regulations -- and that this supposedly isn't about abortion. (Yeah, right.) PP lawyers responded, "We wouldn't be here if this was a foot care clinic."

Earlier this month, we discovered all we needed to know about wide stances and tap dances from Republican Senator Larry Craig, and the GOP got wind burns in their race to throw him under the bus. Now we have a different kind of tap haunting another Republican Senator, and this one relates much more closely to the people's business than a flirtation in a airport salle de bain. Ted Stevens found out that the FBI has tapped his conversations with an Alaskan oil executive already in hot water in another corruption case.

We are looking at fifty-five of the most powerful people in the country. Collectively the Republican Senators represent almost a hundred and fifty million citizens. And they have allowed a callow little boy like George W. Bush along with his grey eminences Karl Rove and Dick Cheney to strip them of their consciences, their principles and their constitutional obligations. What sad little creatures, cowardly and subservient, unctuously bowing and scraping before Karl Rove the man who holds their (purse) strings and dances them around the halls of congress singing tributes to their own irrelevance at the top of their lungs. How pathetic they are.

Barry Goldwater is rolling over in his grave.

Rudy Giuliani, in full pander mode while addressing the National Rifle Association today, demonstrated the art of the acrobatic flip-flop, as he sought to show that he is gung ho for gun rights after having been against 'em.

Rudy in a PBS interview on : "It's the person who uses the gun that is the source of the real problem. The gun is also the source of a very big problem."

Rudy doesn't really expect the NRA's endorsement; he is merely hoping that the group will be sufficiently mollified to leave him alone during the Republican primary season. But the NRA never forgets an insult; nor will it necessarily embrace a panderer who has already recalibrated his beliefs in the name of ambition.

[Hillary Clinton] has combined the party’s most popular brand name with a muscular, disciplined campaign to take a commanding position almost everywhere. She’s opened double-digit leads over her nearest rivals in national polls, as well as in early voting states such as , , and . If she runs the tables there, the nomination almost certainly will be hers.

On Sept. 6, something important happened in northern . Problem is, no one knows exactly what. Except for those few who were involved, and they're not saying.

We do know that carried out an airstrike. How do we know it was important? Because in , where leaking is an art form, even the best-informed don't have a clue. They tell me they have never seen a better-kept secret.

Which suggests that whatever happened near Dayr az Zawr was no accidental intrusion into Syrian airspace, no dry run for an attack on Iran, no strike on some conventional target such as an Iranian Revolutionary Guard base or a weapons shipment on its way to Hezbollah in Lebanon.

Circumstantial evidence points to this being an attack on some nuclear facility provided by .