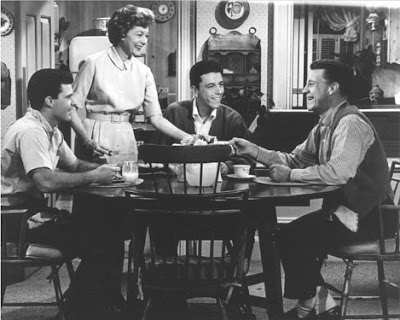 Middle class : That’s the country I grew up in. It was a society without extremes of wealth or poverty, a society of broadly shared prosperity, partly because strong unions, a high minimum wage, and a progressive tax system helped limit inequality. It was also a society in which political bipartisanship meant something: in spite of all the turmoil of and the civil rights movement, in spite of the sinister machinations of Nixon and his henchmen, it was an era in which Democrats and Republicans agreed on basic values and could cooperate across party lines.

The great divergence: Since the late 1970s the I knew has unraveled. We’re no longer a middle-class society, in which the benefits of economic growth are widely shared: between 1979 and 2005 the real income of the median household rose only 13 percent, but the income of the richest 0.1% of Americans rose 296 percent.

So Mr. Ahmedinejad, the President of Iran, requested that he be allowed to visit ground zero next week when he is in to address the United Nations. His request was denied. The Police Commissioner made a boo-boo and announced that the request was under review. Then everyone and their mother raced to say that the request had been denied, like, forever ago . . . and that it was a really bad idea anyway.

Newspapers like to play gotcha games with presidential candidates and their stump speeches. Most of the time, the fact-checking sessions focus on number-juggling on tax proposals and spending policy, and they find plenty of daylight between claims and reality. However, when the Washington Post attempts to fact-check Fred Thompson on historical references, they reveal more of their bias than of Fred's. They try to take apart Fred's claim that Americans "have shed more blood for other people's liberty than any other combination of nations in the history of the world", and manage to completely miss the point.

Three hundred twenty-three students have died in documented school shootings over the past 15 years, making it by far the largest cause of violent deaths in school.

It outranks the documented 111 combined deaths by strangulation, stabbing and slashing, hanging, beating and kicking, heart attacks, a half dozen deaths from unknown causes and two persons who jumped to their deaths, according to data from the National School Safety Center.

The state of has chosen its prime contractor for the replacement of the collapsed , and Minnesotans may feel relieved that the state didn't choose the lowest bidder. Instead, they selected the firm with the highest bid and the longest predicted time to completion, but included plenty of incentives for faster work.

I was in recently with a group of friends, devouring pommes frites and red wine, when someone blurted out, "You know, Suzanne had this horrible reaction when she had her anus bleached and had to go to the emergency room." Yes, I know, I'm speechless, too (mostly because my mother-in-law will read this). I assumed this ritual was for dealing with a parasite. But no, Suzanne was given the treatment as a gift from the movie star who employed her.

Apparently, plenty of women want to go past the now-ordinary breast enhancement and pubic electrolysis to a place few have heretofore dared to go in the name of beauty. Much to my ignorance, bleaching one's anus (I guess to bring it back to its budlike, puckish pink) has become an obsession far beyond the young jet set and the detail-oriented gay community. These days, anal-bleaching creams can be purchased as easily as cough drops. Let's see . . . next Mother's Day, should I go with the balloon bouquet or a gift certificate for total rectal beauty?