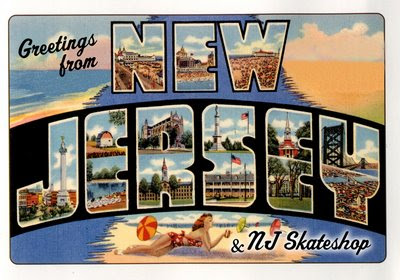 It took years for to wrestle the unofficial title from public officials there are determined not to relinquish the crown.

Just the other day, in yet another round of government corruption-related arrests yet another passel of mayors and other public officials from three counties were caught accepting payoffs from undercover agents in yet another sting operation.

Given that voters associate corruption more with Democrats, a reasonable person would think that Republicans could take advantage of that fact.

A new poll finds that even through 88 percent of voters consider corruption a serious problem and predominately a Democratic problem, 54 percent of them say they're not likely to vote for Republicans in the November election when all 120 state legislative seats are being contested.

Democrats currently control the state Senate 22-18 and the General Assembly 50-30, as well as the statehouse. Both senators and 7 of 13 congressmen also are Democrats.

There are a number of explanations for the disconnect revealed by the poll, but I’m going with these:

* is, in a word, weird, and suffers from an identity crisis that explains some of the weirdness.

* While everyone talks about corruption being a problem, no one does anything about it.

This may stem in part from the probability that just about everyone, especially in the northern part of the state, has a neighbor or knows someone who has been caught up in a corruption probe. It's simply part of the social fabric and a consequence of 's notorious "pay to play" political ethic.

* is unusual in that most power resides at the top and bottom of the political infrastructure.

s governor is arguably the most powerful of any of the 50 and local commissions and boards wield a tremendous amount of power.

* may be the most liberal state, a tide which tends to raise Republican boats.

Indeed, many Republican officeholders are well out of the national GOP mainstream. The party's sole gubernatorial success in the last 17 years was the election of Christie Todd Whitman, a staunch moderate, in 1993. Only four of the 11 elected governors since World War II have been Republicans.

Meanwhile, the poll found voters approve of U.S. Attorney Christopher Christie, a Republican who has spearheaded many of the corruption investigations, by a 40 percent to 14 percent margin.

But Richards noted that:

"Christie gets good marks from voters for his corruption fighter role in , but that does not seem to translate into political power."

Only in , folks. Only in .
Posted by Shaun Mullen at 7:09 AM
Email ThisBlogThis!Share to TwitterShare to FacebookShare to Pinterest

Anonymous said...
This comment has been removed by a blog administrator.
6:40 PM

Some other bits of political color:

Sharpe james, Newark Mayor, previously indicted during his terms and indicted now on 25 counts of fraud amongst other things.

Jersey City has lively politics. Back in early 90's during a mayoral contest one candidates' brother took it upon himself to break his brother's opponent's leg with a baseball bat. Hilarious!

In the late 80's I think, Hoboken rejected the two front-runners for mayor for being just too damn corrupt even by NJ standards, so they picked a relative unknown. About two years later they had to declare him certifiably insane ( he was!).

Weehawken of course is the site of gunfight of Aaron Burr and Alexander Hamilton--great view of Manhattan.

I lioved for a whil in downtown Jersey City on a charming cobbled street in an 1850's house (there was a row). At on end of the street was Onyx Chemical, at the other a Colgate-Palmolive factory. The place either smelled of toothpaste, soap, or oil on any given day.
The row of houses still stands, but everything else has been replaced by luxury tower blocks. The three tallest buildings in NJ (Merril Lynch, Salomon and something else) are two blocks from each other. You can't get a studio for under $3000 p.m. now. FOr all the business and residential devolopment, the place is now nicknamed "Manhattan West".

Last, thing: years ago I hit it off with a gril at a party in Hoboken. She lived out in Morris County. We arranged a date, she drove in and off we went to dinner. On the way I asked her what she did. She worked at her grandfather's business. Everyone did she said-her mother, her brother, her sister, her cousins and her uncles--all in concrete and construction. Hmmm.
And what's you last name?
Bonanno!
I made sure that was the last time I saw her.