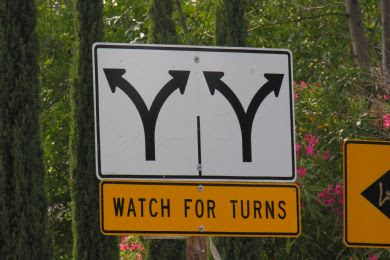 Alas, the dream of managing the government more like a business is central to some of the Bush administration's most disastrous mistakes. It was at the heart of the decision to browbeat the generals into agreeing to invade Iraq with a "light footprint," which allowed the insurgency to flourish. Contempt for the bureaucratic process doomed serious postwar planning -- after all, governmental decision-making is political, collaborative and agonizingly slow, and the result is almost always a compromise that may avoid disaster but stifles innovation. To run the occupation of Iraq, President Bush chose a man who promised to make decisions like a CEO, which is why L. Paul Bremer III made the fatal mistake of disbanding the Iraqi army without consulting the cumbersome Washington bureaucracy. And corporate thinking about efficiency led to vastly expanding the outsourcing of functions traditionally performed by the military. The biggest beneficiary has been Blackwater USA, a private security firm with powerful political and personnel ties to an administration that has awarded it more than $1 billion in contracts since 2002.

George W. Bush and his neocon buddies love to hype the "WAR" on terrorism and talk tough. Their basic premise is that we must “fight” terrorists using military force rather than that wimpy law enforcement stuff. This is neither new nor news. John Kerry made this point, unsuccessfully, during his ill-fated 2004 Presidential campaign. Opening a can of military whoop ass on terrorists resonates in the hearts of red blooded Americans, but it is largely patent nonsense. Once you get past the rhetorical excess and political posturing, it turns out that the military really does not have much of a role to play in combating terrorism.

The figures are by now familiar, a downward spiral of public faith in the President, Congress, the entire Federal government. But the latest figures show something more ominous–Americans losing trust in themselves.

Politicians come and go, but voters have always been sure they could correct mistakes at the ballot box. But now only 70 percent of Americans trust the public’s ability to perform its role in a democratic government, down from 78 percent two years ago and much lower than any other previous reading.

These figures suggest a growing crisis of confidence that won’t be resolved by a change in the White House. As leading Democratic candidates now waver over promising to have our troops out by 2013 and the President goes cheerfully along his “What? Me Worry?” way, Iraq is beginning to feel like flypaper, keeping us from moving ahead on other national issues such as health care, education, economic uncertainty and social justice.

Before 9/11, we lived in a confident, even cocky, society. How do we get back the trust we lost in ourselves and one another?

9/11 has made us stupid. I honor, and weep for, all those murdered on that day. But our reaction to 9/11 — mine included — has knocked completely out of balance, and it is time to get things right again.

When parties fall out of power, they tend to go through a battle between Puritans and Big Tenters. Inevitably, when Puritans control the debate, they tend to ensure a longer term in the wilderness, and when they don't, they threaten to leave. Perhaps the developments in , at a meeting of the Council for National Policy, indicates that the Republican center-right has begun to take the lead in GOP politics.

Many people are disappointed that Newt Gingrich won't be running for president because ethics is too hard for him.

’s ruling party passed a resolution Sunday asserting the island’s separate identity from rival and calling for a referendum on ’s sovereignty, the latest in a series of moves aimed at strengthening the island’s de-facto independence.

The resolution—passed after heated debate at a boisterous party congress—calls for making the island’s formal name ‘’,’’ without specifically abolishing its current official name, the ‘’Republic of China.’’ It also calls for the enactment of a new constitution, but gives no specific deadline for either that or the referendum.

I once told a friend of mine I could drag a fine-toothed comb through the facts of his current living situation and find at least one crime to indict him on. He didn't believe me, but I asked him if he did his own taxes. He said he did and I said I wouldn't need to look at anything but his last three returns.

The point being made was rules and laws are so byzantine and changeable that it is virtually impossible to avoid breaking some of them. Nobody notices or cares until somebody who thought they were within the law finds himself the subject of court proceedings and a local or national news story. Those sorts of things can make people view rules and authority as potentially arbitrary, and that attitude leads to a growing disrespect. That disrespect manifests itself in ways that prompt the masses and their enablers in government to spew forth yet more rules and laws. Wash, rinse, repeat. Forever.

So don't let anyone tell you that change is not possible. Don't let them tell you that standing out and speaking up about injustice is too risky. What's too risky is keeping quiet. What's too risky is looking the other way. I don't want to be here standing and talking about another four years from now because we didn't have the courage to act today. I don't want this to be another issue that ends up being ignored when the cameras are turned off and the headlines disappear. It's time to seek a new dawn of justice in .

From the day I take office as President of the --has a ring to it, doesn't it? From the day I take office as President America will have a Justice Department that is truly dedicated to justice, the work it began in the days after . I will rid the department of idealogues and political cronies, and for the first time in eight years the civil rights division will actually be staffed with civil rights lawyers who prosecute civil rights violations, and employment discrimination and hate crimes.