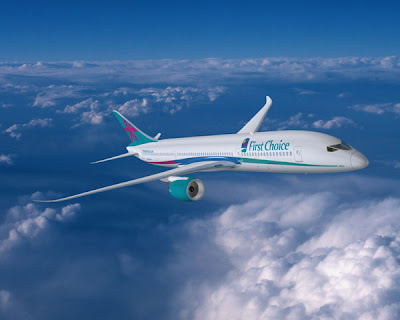 Forty-six-year veteran Vince Weldon contends that in a crash landing that would be survivable in a metal airplane, the new jet's innovative composite plastic materials will shatter too easily and burn with toxic fumes. He backs up his views with e-mails from engineering colleagues at Boeing and claims the company isn't doing enough to test the plane's crashworthiness.

Boeing vigorously denies Weldon's assertions, saying the questions he raised internally were addressed to the satisfaction of its technical experts.

. . . Weldon thinks that without years of further research, Boeing shouldn't build the Dreamliner and that the Federal Aviation Administration (FAA) shouldn't certify the jet to fly.

Early in the invasion The Washington Post's Dana Priest compared our strategy to a pickup basketball game. That haphazardness has never ceased. Re-Baathification follows de-Baathification. One day we fight Sunnis, next day the Shia. Benchmarks to which the Iraqi government will be held become mere suggestions. Neighborhoods are ethnically cleansed, and the resulting silence is taken for a drop in sectarian violence. It must be comforting for Iraqis to know that if they are shot in the back of the head it is sectarian violence, while being shot in the face is merely a crime.

Sunni political and tribal leaders are increasingly throwing in their lot with forces here against Al-Qaeda in and other insurgent types. But, to get them to come over to our side, the American military has fed them a steady diet of anti-Shi'ite propaganda.

Arrests and killings of Shi'ite militants are announced from loudspeaker blasts; President Bush's bellicose rhetoric towards Shi'a Iran is reported on friendly radio programs. But the majority of this country is Shi'ite. Are we setting ourselves up as the enemies of the majority here? Are we priming the pump for an all-in sectarian battle royale? It seems like a possibility.

The resilient myth that Saddam Hussein plotted 9/11 is proof that Mark Twain was right when he said, "A lie can travel halfway around the world while the truth is putting on its shoes."

Even today, long after this 9/11 myth has been officially and repeatedly discredited, roughly 40 percent of Americans still insist that Hussein conspired with al-Qaeda to bring down the . And it's a fair bet that this myth will remain in mass circulation as long as proponents of the war persist in believing that it is savvy politics to prey on people's ignorance.

Consider, for instance, the current TV ads - sponsored by a White House front group known as Freedom's Watch - that seek to shore up waning support for the Iraq war by perpetuating the canard that 9/11 was a Hussein production. In their quest to stoke emotions in defiance of fact, the ad-makers aren't exactly subtle. First, some military vets are shown making the case for staying in . Then, in the key image, we're back on 9/11. The north tower is burning, the second tower is seconds away from igniting, and these words flash on the screen: They Attacked Us.

I deeply resent the way this administration makes me feel like a nutbar conspiracy theorist.

One old trope was that we were spending far too much money on HIV research, compared with cancer, given its prevalence in the population. Understanding the science changes your perspective on this. Many of the techniques and insights acquired in the fight against HIV are extremely useful for understanding and mastering other diseases. And sometimes, the drugs developed worked for both. AZT was originally a cancer drug. In combination, it remains a tool against HIV. And now protease inhibitors are showing promise against cancer. It's win-win.

I see the liberal media is up to their old tricks, this time attacking Hillary for insufficiently denouncing the viewpoints of three million Americans.

Backed by the White House, corn-state governors and solid blocks on both sides of Congress’s partisan divide, the politics of biofuels could hardly look sunnier. The economics of the American drive to increase ethanol in the energy supply are more discouraging.

American corn-based ethanol is expensive. And while it can help cut oil imports and provide modest reductions in greenhouse gases compared to conventional gasoline, corn ethanol also carries considerable risks. Even now as Europe and China join the United States in ramping up production, world food prices are rising, threatening misery for the poorest countries.