Kicking The Can Down the Road to 2009 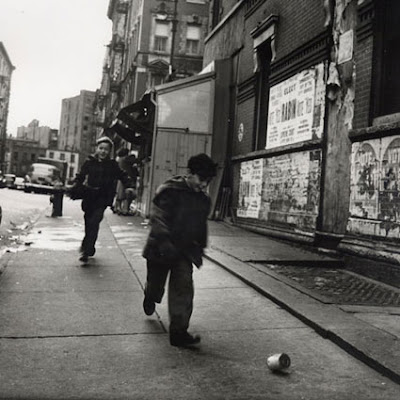 Am I the only person who didn't realize until after President Bush’s speech last week on Iraq that he all but came out and said what we have known for some time -- that it would be up to his successor to end the war?

In retrospect, this was far and away the most important aspect of a speech that has been dissected to a fairthewell but an aspect that was ignored by a mainstream media that seems only marginally capable to sussing out the big picture.

There are three different groups of Americans when it comes to the war these days, and polling after Progress Report Week showed that virtually no one's mind was changed:

* The vast majority who just want the war to go away and are literally and figuratively shopping at the mall where, poor dears, they may inconveniently catch a glimpse of a bloody street scene from on the TVs in the window of an electronics store.

These are the people that the White House is really counting on.

The small but vocal minority for whom the war started in January with the advent of the surge strategy. The nearly four years between the fall of Saddam Hussein are a blur, don’t count, or both -- and the limited successes of recent weeks are all they need to get behind “Return to Success,” the Orwellian name of the administration’s latest slogan for Bush's Forever War.

These are the people that the White House is counting on to push back against the third group.

This is the also small but vocal minority whose memories are not so short. We have not forgotten the insurgency, the collapse of the Provisional Coalition Authority, the first battle of Falluja, the Abu Ghraib scandal, the onset of a civil war and the emergence of Al Qaeda in Mesopotamia as a result of a failed occupation.

As Frank Rich put it in a New York Times column (that is no longer lurking behind the now defunct TimesSelect firewall):

"Mr. Bush confident that he got away with repacking the same bankrupt policies with a nonsensical new slogan . . . is counting on the public’s continued apathy as he kicks the can down the road and bides his time until Jan. 20, 2009; he, after all, has nothing more to lose. The job for real leaders is to wake up to the urgent reality. We can’t afford to punt until Inauguration Day in a war that each day drains of resources and will. Our national security can’t be held hostage indefinitely to a president’s narcissistic need to compound his errors rather than admit them."

As Rich well knows, the Democrats'approval ratings are almost as low as Bush's, and after a brief flurry of chest thumping during Progress Report Week, they have slunk back into their caucuses to consider half measures when they should be demanding that the people to whom General Petraeus and Ambassador Crocker report to answer the key question that these two men would not:

Whether the war in is making American safer.

Let's get them up to Capitol Hill. Stat.

I loved! When I was a little boy I was walking on the street like the guy in the picture above, and I was kicking the Coke-can like a ball or something like that, and my shoes die in the moment! ha ha ha it's a rare comment (my creation of course) but it's terrific blog.