For Right-of-Center Bloggers, September Is The Winter of Their Discontent 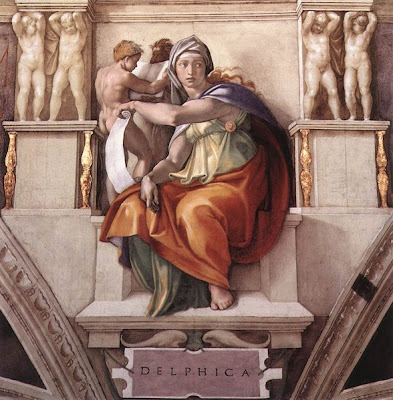 These are difficult and sometimes painful times for right-of-center bloggers. Their meal ticket, George W. Bush, has taken the greatest presidential mandate since Pearl Harbor, the near unanimous public support he received in the wake of the 9/11 attacks, and squandered it on the greatest foreign policy disaster in American history, his war in Iraq.

A goodly number of conservative bloggers have publicly parted ways with Bush or simply stopped writing about him. After all, he has almost single-handedly ended the Republican hegemony in Washington and lifted the curtain on his neoconservative wizards, albeit unintentionally, to reveal quackery that has resulted in a war without end as well as a body blow to America's standing in the world community.

Says conservative father figure William F. Buckley: "If you had a European prime minister who experienced what we've experienced it would be expected that he would retire or resign."

There is not a single Bush administration success of consequence for right-of-center bloggers to point to amidst the wreckage of this presidency unless you consider tax cuts for the rich, stem-cell research vetoes and his midnight intervention in the Terry Schiavo case to be salutatory acts, which most Americans and many Republicans do not.

Then there are all of the administration figures who have been jailed, convicted, indicted or resigned in disgrace, the Jack Abramoff lobbying scandal, a succession of incidents involving closeted Republicans in a party that officially loaths homosexuals, and now a highly critical memoir from Federal Reserve icon Alan Greenspan, who blisters the president, Vice President Cheney and the Republican-controlled Congress for abandoning the party's economic principles in just one of many instances in which politics have trumped the national good.

The other side of the political spectrum offers some morsels for criticism, to be sure. These include a feckless Democratic congressional leadership, the vacuous statements of some the Democratic presidential wannabes, MoveOn.Org's serial wingnuttery, the opportunities the ongoing Norman Hsu scandal has provided for clever wordplay, and that golden oldie -- the crimes and misdemeanors of the liberal mainstream media.

But when it comes to their own end of the sandbox, right-of-center bloggers are left with slim pickings in this winter of their discontent. Like damning Ted Olson with faint praise by saying that he would be an improvement over Alberto Gonzalez as attorney general. Or approving of the CIA's decision to ban waterboarding.

Let's be clear that the only rules in the blogosphere are those that bloggers themselves choose to play by.

Let's also be clear that the most contentious aspect of blogging is the name calling -- left against right, right against left, left and right against center, macho men against outspoken women, hardcore feminists against the world. The messages often get drowned out because of the invective directed at the messengers, and it's a wonder that there is any sand left in the sandbox.

Further, let's be clear that at some point in the future it will be left-of-center commentators who will have chest pains, although it is difficult to imagine a Democratic administration replicating the special kinds of disasters that the Bush White House and its "compassionate conservatism" have visited on itself and America.

Michael and Jason had masqueraded as moderates over at my other blogging home, Joe Gandelman's The Moderate Voice, a distinctive and vibrant community of 20 or so bloggers with an eclectic range of voices that Joe has assembled over the years.

Joe is an extraordinarily kind and patient man, which made what Michael and Jason did to him last week so foul.

On August 29, Michael and Jason co-authored an article at The Moderate Voice titled "The Future" in which they seemingly sought to debunk rumors (that no one I know had even heard) that they were unhappy at Joe's place because of a perceived left-of-center tilt and were going to quit. Knowing them as I did, as well as having been burned by them as I had, this was a sure tip-off that they were up to mischief.

The first shoe dropped two weeks later on Wednesday past when Michael blew a gasket and told Joe that he was leaving TMV, something that he had previously threatened to do, including in an email to me.

The reason Michael gave was that Joe had sinned by accepting an invitation to guest blog at The Huffington Post, Arianna Huffington's hugely popular blog, and that was way too lefty for his sensibilities even though Joe's post was most certainly not in any way extreme.

The other shoe dropped on Thursday last when Jason fired himself from TMV in a rambling email soliloquy in which he vented at length over the horrors that he had to endure as a contributor swimming in what he perceived to be a pool of left-of-center sharks who were not respectful of him and his sensibilities.

Jason declared that "TMV is a hateful place, mostly in the comments threads, but also in a growing number of actual posts." He added that he did not agree "with Joe's contention that it is equally noise from the left and the right" and attacked me for my "deliberately inflammatory and abusive writing style."

This was hilariously ironic because on that very day I had excoriated the Democratic Party and MoveOn.Org in TMV posts. Jason has been so caught up in licking his wounds that he cannot understand that there are bloggers like myself who call things as they see them and use pretty powerful language in the process, the estimable Andrew Sullivan and Rick Moran being great examples. We simply cannot be pigeonholed.

Jason has joined Michael as assistant editor and administrator at The Van Der Galiën Gazette, where in recent weeks the blogroll has been cleansed of blogs like Kiko's House as Michael determinedly marches away from the center that he pretended to embrace at The Moderate Voice.

Michael and Jason talk about how people on the other side of the sandbox are disrespectful. That certainly can be so. They could have claimed the high ground and simply have told Joe that they were moving on.

But when the time came to do so, what they tried to portray as acts of conscience were nothing more than personal attacks delivered with malice of forethought, revealing them to be caricatures of the very people whom they claim to abhor.

I've only about and visited MvdG and The Moderate Voice in the past few weeks. I found little or nothing except a good deal of verbosity masquerading as deep thought.
I can of course be blinded by my own prejudices on some issues, so my brief opinion here is not worth arguing over.
But to your point (I think) MvdG "doth protest too much". Public discourse and policy swung dramatically to the Right over the past decade, placing ( I think) MvdG in a new "center". Now it is swinging back, and MvdG either has to go with the flow to maintain his "center" position, or stick to his roots which I think are what were once regarded as "the Right".
That at least makes him a conservative--when change went his way he embraced much of it, now it goes the other way he can't change. So as you say, ultimately he only pretended to embrace the moderate voice.