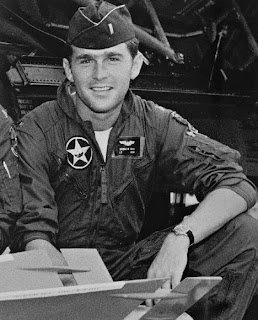 While the legendary Walter Cronkite is tacking quietly into the sunset aboard his sailboat, Dan Rather, his controversial successor at CBS News, is determined to settle old scores.

And while my initial thought when I first heard that Rather had filed a $70 million damage suit against his old bosses was that he should have signed on as Uncle Walter’s first mate, I've reconsidered.

Yes, the lawsuit is a world-class case of sour grapes, but it could serve a significantly more important purpose.

It contends that CBS ruined Rather's reputation by making him the scapegoat on one of the strangest investigative stories in memory -- A September 2004 report that correctly said that President Bush's cushy Vietnam-era military service with the Texas Air National Guard was a result of high-level string pulling, but was based, in large part, on a forged document.

While aspects of the reporting were indeed faulty, the president's rich-boy party hearty lifestyle while Americans were dying by the thousands in is no secret. The reaction to the story by the Republican right wing was ferocious, and is a cardinal example of how the mainstream media has been repeatedly cowed by the Rove Blowback Machine, which in this instance further greased the skids for Bush's re-election and neutralized one of the MSM's more outspoken figures.

That chapter in the president's life demands to be aired out for both the historic record and to put his failings in a more comprehensive context, just as allegations that Bill Clinton as Arkansas governor had a habit of wagging his wand at the women he chased needed to be aired out.

The New York Times says that the portrait of Rather that emerges from the lawsuit bears little resemblance to his carefully cultivated image as a hard-charging newsman:

"By his own rendering, Mr. Rather was little more than a narrator of the disputed broadcast. . . .

"Instead of directly vetting the script he would read for the (Air National) Guard segment, Mr. Rather says, he acceded to pressure from Mr. Heyward to focus instead on his reporting from on Hurricane , and on Bill Clinton’s heart surgery.

"Mr. Rather says in the filing that he allowed himself to be reduced to little more than a patsy in the furor that followed, after CBS concluded that the report had been based on documents that could not be authenticated. Under pressure, Mr. Rather says, he delivered a public apology . . . not by him but by a CBS corporate publicist — ‘despite his own personal feelings that no public apology from him was warranted.' "

The suit also claims CBS stacked the deck against him by commissioning a two-man independent review panel whose "conclusions were preordained to find fault with the broadcast and those persons responsible for it."

The suit charges that:

"The appointment of a man with Mr. Thornburgh's background reflected CBS' desire to appoint a panel that would placate the Bush administration, while neatly laying the ‘blame' for the story on certain employees."

Thornburgh ain’t talking, but CBS – whose ratings are flagging badly and certainly doesn’t need the bad publicity -- fired back at its former star, saying:

"These complaints are old news, and this lawsuit is without merit."

Rather, who was making $6 million a year at CBS, is seeking $20 million in compensatory damages and $50 million in punitive damages.

By network standards, Rather’s career was a bit odd, and in contrast to the dead serious Cronkite, he would lapse into folksy Ratherisms such as an Election Night statement that "The presidential race is swinging like Count Basie."

In a petulant footnote in the lawsuit, Rather claims that despite his notable assignments reporting on the JFK assassination and wars from Vietnam to Iraq, CBS didn’t give him any facetime on his last "60 Minutes" assignment – covering Hurricane Katrina.

Rather has a precedent of a sort: Blabmeister Don Imus settled with CBS Radio over his $120 million breach-of-contract lawsuit four months after he made a sexist and racist remark about the women's basketball team.

Anonymous said...
This comment has been removed by a blog administrator.
9:23 PM

These articles are fantastic; the information you show us is interesting for everybody and is really good written. It’s just great!! Do you want to know something more? Read it...:Great investment opportunity at best western jaco beach, best western jaco beach resort ,beach front hotel jaco puntarenas. Visit us for more info at: http://www.jaco-bay.com/