So Many Tipping Points, So Little Time . . . 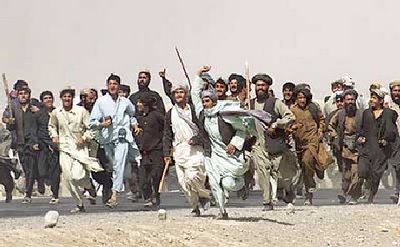 
Chief among them -- for the moment, anyway -- is how The Decider let the war in Afghanistan (aka the War on Terror) get away because Donald Rumsfeld and other members of his brain trust convinced him that he just had to fight another war that had zip to do with Osama bin Laden, Al Qaeda or the Islamic jihad against the West.

Word comes that The Decider's short attention span has resulted in the Taliban establishing a mini-state in northern Pakistan.


This means that sooner or later -- and you can be rest assured that the commander in chief will be back at the ranch in Crawford licking his wounds -- the war that was fought in Afghanistan with some success after the 9/11 attacks will have to be fought all over again against a re-energized and re-entrenched Taliban.