The FBI Is Populated With Dangerous Clowns 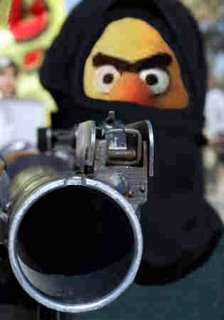 I used to blog so frequently about the FBI's failure to act on credible information prior to the 9/11 attacks, its painfully slow response after the attacks and the meager role it has played in the War on Terror that I imposed a moratorium on myself.

Well, veteran reporter Lisa Myers and her NBC News colleagues have prompted me to jump back on the wagon.

In a report titled "Is This the Best the FBI Can Do to Combat Terror?," they report that over five years after the emergence of the Islamic jihad and 9/11 wakeup call, the agency has a mere six agents who are considered to be highly fluent in Arabic, a situation also noted by the Iraq Study Group.

Then there is Dale Watson, who was the FBI's top counterterrorism official before and after 9/11.

In a deposition taken in connection with a lawsuit filed by a disgruntled agent, the agent's lawyer had the following exchange with Watson:

Lawyer: Do you know who Osama bin Laden's spiritual leader was?"

Lawyer: And do you know the differences in the religion between Shiite and Sunni Muslims?

Watson: Not technically, no.

Then there is John Lewis, who until recently was the FBI’s deputy assistant director of counterterrorism. During his deposition, he was asked if he knew the difference between Shiites and Sunnis.

Lawyer: Was there any relationship between the first World Trade Center bombing and the 9/11 attacks?

Lewis: I'm aware of no immediate relationship other than all emanates out of the Middle East, Al Qaeda linkage, I believe. Not something I've studied recently that I'm conversant with.

Read the entire mind blowing report here.
Posted by Shaun Mullen at 6:06 AM
Email ThisBlogThis!Share to TwitterShare to FacebookShare to Pinterest