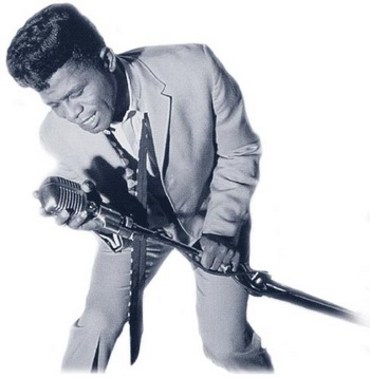 James Brown provided a big part of the soundtrack of my life, so profuse apologies to the Godfather of Soul for belatedly noting his Christmas Day passing.

Of the many great songs that Brown wrote and covered over a five-decade career, "It's a Man's World" sticks out. That may seem a curious choice. Brown was nothing if not a mysoginist, and the original lyrics were penned by a woman, Betty Newsome, who happens to have been one of his former girlfriends and drew on Biblical references and her stormy relationship with Brown for inspiration . . .

Man thinks about a little baby girls and a baby boys
Man makes then happy 'cause man makes them toys
And after man has made everything, everything he can
You know that man makes money to buy from other man

This is a man's world
But it wouldn't be nothing, nothing without a woman or a girl

Posted by Shaun Mullen at 11:28 AM
Email ThisBlogThis!Share to TwitterShare to FacebookShare to Pinterest

It is even an awful circumstance when you are messing around on your PC the entire day which for the most part raises the temperature of your CPU and it very well may be hazardous. Best Laptop With GTX 1080