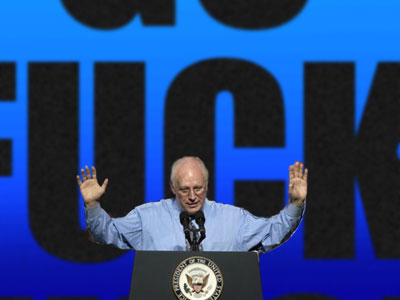 In a backdoor acknowledgement of what everyone else knows -- that Iraq is in civil war -- there is talk of the White House endorsing a so-called "80 Percent Solution" by throwing its weight behind the Shiite majority.

As awful as abandoning the minority Sunnis in favor of the Shiites (who make up 80 percent of the Iraqi population) would be, such a solution is in keeping with an willfully arrogant administration.

Never mind that lip locking with the Shiites would be an endorsement of further sectarian slaughter, not to mention the outrage it would provoke in the Arab world at large, where Sunnis are the majority.

It would buy the administration that most precious of commodities -- time -- at a crucial juncture in a three and a half year old conflict when the American public has turned against the adventure and the Iraq Study Group and other gray beards are declaring that the war cannot be won.

Not surprisingly, this scenario is being leaked by the White House itself. (Can you say trial balloon?)

Not surprisingly, the mastermind of this perverse piece of statecraft is Vice President Cheney, who as defense secretary in 1991 witnessed the wholesale slaughter of Shiites by Saddam Hussein after the first Gulf War.

Does the veep have a guilty conscience? No way, Jose.

The administration continues to cling to the threadbare notion of "victory" in Iraq.

The "80 Percent Solution" is just a calculately craven attempt to grab that victory from the jaws of defeat.