Cockburn's 'They Call It Democracy' 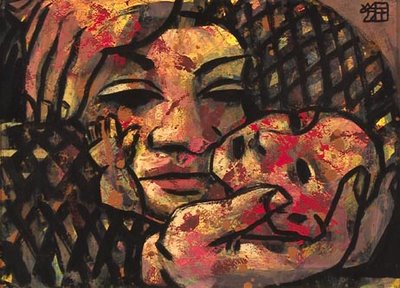 Here is another in our series of anti-war and political songs appropriate for the trying times in which we live.

"Call it Democracy" may well be the only song ever writen about the International Money Fund, which Canadian singer-songwriterBruce Cockburn accuses of fostering insupportable debt in Third World countries.

(Painting: "Third World Madonna" by Wayne Forte. More here.)
Posted by Shaun Mullen at 6:13 AM
Email ThisBlogThis!Share to TwitterShare to FacebookShare to Pinterest