An Excerpt From 'Falling Through the Earth' 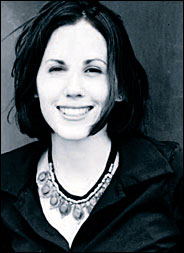 At the airport, Dad insisted on unloading my suitcase from the bed of the truck and carrying it inside. Still weak [from throat cancer surgey], he couldn't carry it well. When I offered to help, he turned away, embarrassed, and struggled on.

As we walked into the airport, a crowd of people stood by, holding signs that read WELCOME HOME with great yellow balloons and ribbons tied around the edges. Dad stopped dead in his tracks, set my suitcase down, and stared, as if he’d been punched in the gut. “I’ll be damned,” Dad said. “I know that family. They’re from up around Romance. I wonder which of their boys is coming home?” Dad walked over to the crowd and greeted them, shaking hands and slapping backs, one of the gang. He was too embarrassed to use his voice machine with anyone but family, so he wrote everything on an erasable whiteboard. Unable to go with my father, I stayed behind, holding my son.

“You know,” Dad said, when he’d returned, “you’ve got a cousin in .” Albert, the uncle my father had been feuding with for twenty-five years, had recently watched his son Nathan go off to fight. “I ought to give Al a call,” Dad said, contemplating the terms of the truce, “and see how his boy’s doing.”

Dad picked up my suitcase and shuffled along to the check-in desk. As I was getting my seat assignment, Dad watched the family from Romance. He couldn’t seem to keep his eyes off them. “My older brother Gene picked me up from the airport when I got back,” he said, using his mechanical larynx. “Nobody else came. Just Gene. He had a beauty of a car and drove me straight into town for a beer. He told me, Listen, Danny, you’re free now. You’ve got to forget what happened over there and get your life together. And that’s just what I tried to do.”

As we walked toward the gates, a voice on the loudspeaker announced that my flight would be boarding in ten minutes.

“What Gene forgot to tell me,” Dad said, “is that no matter how hard you try, it doesn’t really end.”

When it came time to go, Dad leaned and kissed my son gently on the cheek. He didn’t speak to him – he didn’t like to talk to the baby with his robot voice; he thought it would scare him – so he waved goodbye, making goofy faces, hoping to get my son to laugh. As we walked to the metal detectors, my son looked back at his grandpa, giggling, waving bye-bye to the silent old man with the silly grin on his face.

© 2006 by Danielle Trussoni
Posted by Shaun Mullen at 7:01 AM
Email ThisBlogThis!Share to TwitterShare to FacebookShare to Pinterest