A Lesson About Breast Cancer Therapies 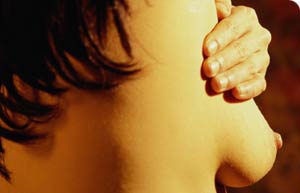 The big lesson from the news that breast cancer rates for U.S. women have dropped dramatically is that you shouldn't take at face value what the pharmaceutical industry -- and your personal physician -- say is good for you.

More than 200,000 American women are diagnosed with breast cancer every year and some 40,000 die. So it was great news when researchers reported that the incidence of all types of breast cancer fell a 7 percent in 2003, the latest year for which statistics are available, from the year before. This was the first decline after increases for several decades.

Researchers say the most likely explanation for the sharp decrease is is that millions of women have abandoned or sharply decreased their use of hormone therapy, which had been hyped by the pharmaceutical industry as the best way to treat menopause symptons and push back the encroachment of old age.

It became obvious that there was a dark side to the therapy: Prolonged use of the most popular hormone combinations caused an increase in breast cancer, heart attacks and strokes and, counter to cure-all claims, did not prevent Alzheimer's, depresession or urinary incontinence.

This is but a small victory. The incidence of breast cancer remains high and more research needs to be done, as well as the development of more effective -- and honestly marketed -- medications and therapies.

* * * * *
Meanwhile, it appears that mega-drug maker Eli Lilly has engaged in a decade-long effort to play down the health risks of Zyprexa, its best-selling schizophrenia medication.

Zyprexa off label promotion scandal is all over the news now.
Lilly drug reps are alleged to have called their marketing ploy,"Viva zyprexa".

Eli Lilly zyprexa cost me over $250.00 a month supply out of my own pocket X 4 years and has up to ten times the risk (over non users) of causing diabetes and severe weight gain.

Zyprexa which is only FDA approved for schizophrenia (.5-1% of pop) and some bipolar (2% pop) and then an even smaller percentage of theses two groups.
So how does Zyprexa get to be the 7th largest drug sale in the world?
Eli Lilly is in deep trouble for using their drug reps to 'encourage' doctors to write zyprexa for non-FDA approved 'off label' uses.

The drug causes increased diabetes risk,and medicare picks up all the expensive fallout.There are now 7 states (and counting) going after Lilly for fraud and restitution.
I was ordered to take it beginning in 1996 for my PTSD for 4 years more,it was useless for my symptoms.Lesson learned...you shouldn't give a major tranquilizer like zyprexa which makes you 'sleepy' to a hyper-vigilant patient.

There is a clinical difference between hyper-vigilant and harmful aggression.
Only 9 percent of adult Americans think the pharmaceutical industry can be trusted right around the same rating as big tobacco.