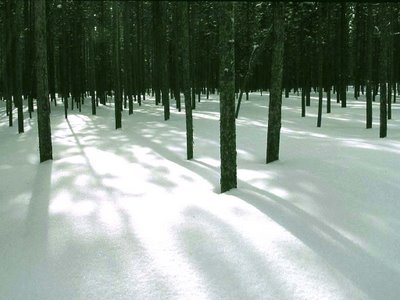 There is no light quite like winter sunlight coming through the trees on a mountain morning.

Blogging will be . . . er, light over the next few days while celebrate the holiday at the mountain retreat, visit family and friends, dash into New York City for a show, and count our blessings.

-- Best Wishes from KIKO, KIMBA, THE DF&C and SHAUN

The admin & season have turned me to prose

And Cheney at his desk with W in his lap,
Who had just settled down for his afternoon nap.
When out on the lawn there arose such a clatter
They jumped from their desks to see what was the matter
And "whish" past their eyes what was that mad flash?
Was it, could it, have been making a dash?
Past the secret service and with something in tow
It looked like a sleigh to eyes watching below

Lycamobile is one of the best mobile network which is providing its service all around the globe with satisfied customers. lycamobile £10 bundle code