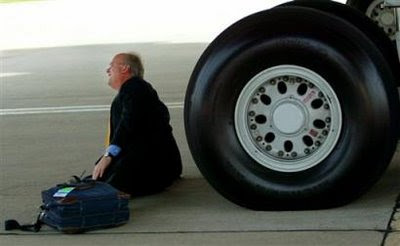 Do publications have an obligation to make sure that its writers, including its opinion columnists, are factually correct?

I believe that they do, and Karl Rove's new gig as an occasional Newsweek columnist will certainly be a test of that in the wake of his outrageous contention on the Charlie Rose Show and in an interview with a Washington Post reporter that it was Congressional Democrats – and not Rove himself as White House deputy chief of staff and other key – who are to blame to rushing the U.S. into the catastrophic war with Iraq.

No less a light than Andrew Card, who was chief of staff at the time, has debunked Rove's claim and charitably notes that sometimes Rove's "mouth gets ahead of his brain."

Rove, of course, has been trying to rewrite history for years even as he made it himself as a master of dirty tricks and Machiavellian dissembler. But his comments on the Democrats' pre-war conduct are not revisionism, they are a gross representation of the facts.

The former White House deputy chief of staff and political guru is said to have first approached Time about writing a column but was turned down. This did not stop Newsweek from eagerly agreeing to bring him on board knowing full well that he will exploit the magazine to push his own agenda. Newsweek, of course, can exploit right back by using Rove to try to make the point that it’s not just another liberal-lefty rag.