The Most Insidious Form of Tyranny 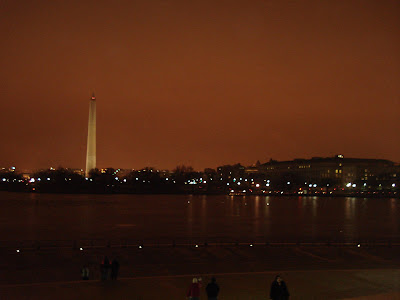 Just when you thought things couldn't get any more bizarre in comes a week in which we learned that the CIA had destroyed terrorist interrogation tapes, had apparently abandoned its nuclear weapons program four years ago and the State Department's embattled inspector general had finally resigned.

The only thing that can be said with certainty about those three events is that abjectly corrupt State Department IG Howard "Cookie" Krongard won't be spending more time with his family, the reason typically given when Bush administration officials suddenly take their leave. This is because Krongard is so estranged from his children that they had to go to court to keep the Cookster from sending them offensive emails.

But beyond that mere footnote nothing is clear, and it speaks volumes about the state of our government that people trying to suss out the CIA tapes and nukes stories end up feeling like crash test dummies. I myself also want to puke.

* * * * *
The CIA tapes story would seem to be pretty straightforward: Despite explicit warnings from everyone and their uncle, Jose A. Rodriguez, the chief of the CIA's clandestine service, ordered the destruction of hundreds of hours of videotapes showing the interrogations of two Al Qaeda operatives.

The reason also would seem to be pretty straightforward:

The AQ operatives were being tortured and Rodriguez knew that the CIA had to cover its ass. So the tapes met the same fate as those zillions of White House emails that had been subpoenaed by Congress.

The reaction to this blockbuster, of course, has been anything but straightforward: Beyond refreshingly unusual bipartisan calls for investigations, an even louder hullabaloo has broken out over the tired definition-parsing question of what constitutes torture, with too many of the shouters copping the attitude that the AQ operatives were merely being "severely interrogated" and were getting their just desserts anyway.

Andrew Sullivan, who has taken the lead in condemning the embrace of torture, summed up where we are thusly:

"[W]hen you look at what torture has done already to the , we see that every bad scenario that those of us who oppose torture feared has actually come about. And we have no independent evidence that it has solved anything, or saved any lives, except the self-serving statements of those who authorized it. And the truth is: we will probably never know. If they are cynical and brazen enough to destroy incriminating tapes, they are cynical and brazen enough to destroy any evidence within the executive branch that could prove that their torture policy has failed. If this isn't a form of tyranny, annexed to torture, what is? And if the executive branch can simply get away with it, and have serious commentators defend the president's trashing of the Constitution as necessary to fulfill his oath of office, we really have left the rule of law behind in the ditch."

The complicity of the Democrats in these obscenities cannot be emphasized enough.

In 2002, congressional leaders were secretly briefedby the CIA on its terrorist interrogation program, including the use of waterboarding, and no objections were raised, although Democratic Representative Jane Harman did file an official (but classified) protest about the program in 2003. It wasn't until 2005 when doubts about the legality of waterboarding came to the fore that lawmakers began dissenting in significant numbers, but the CIA had abandoned its use by then. Nor did the hapless John Kerry deign to make torture a campaign issue in 2004.

Meanwhile, House and Senate conferees have reached an agreement on an intelligence bill mandating that the CIA and all other federal agencies comply with the Army Field Manual's outlawing of waterboarding and other forms of torture. The White House, of course, is righteously upset.


* * * * *
The news that a National Intelligence Estimate concluded that Iran suspended its nuclear weapons program in 2003 had not even sunken in when President Bush upstaged the report by saying that he had only found out five minutes earlier, or something.

Meanwhile, his own aides said he had known about the finding for weeks, if not months – a period during which the man in the Oval Office repeatedly invoked apocalyptic visions of World War III if Iran didn’t halt a program that his spooks had already told him was no longer active.

The NIE brouhaha was even more special because the White House, in one fell swoop, had effectively undercut itself on what was to be the dominant foreign policy issue of the last year of the Reign of Bush. At least there's the issue of global warming to fall back on. (Nah.)

In a kinder and gentler time, Krongard, Rodriguez and Bush would all apologize for being out of order. And Rodriguez would face criminal charges, which may yet happen.


But we are living in an era when obstructing, destructing, obfuscating and outright lying are the coin of the Washington realm. We're not just talking about Republicans here. Most everybody inside the Beltway does it and most everybody gets away with it. This is because our expectations, which were not exactly robust by the end of the Clinton years, are nearly nonexistent.

And that, my friends, may be the most insidious form of tyranny.