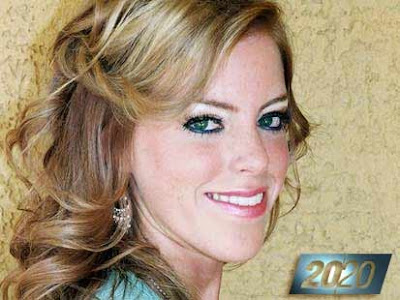 A Houston, Texas woman says she was gang-raped by Halliburton/KBR coworkers in Baghdad, and the company and the U.S. government are covering up the incident.

Jamie Leigh Jones, now 22, says that after she was raped by multiple men at a KBR camp in the Green Zone, the company put her under guard in a shipping container with a bed and warned her that if she left Iraq for medical treatment, she'd be out of a job.

In a lawsuit filed in federal court against Halliburton and its then-subsidiary KBR, Jones says she was held in the shipping container for at least 24 hours without food or water by KBR, which posted armed security guards outside her door, who would not let her leave.

"It felt like prison," says Jones . . . "I was upset; I was curled up in a ball on the bed; I just could not believe what had happened."

Finally, Jones says, she convinced a sympathetic guard to loan her a cell phone so she could call her father in Texas.

Somebody screwed up, terribly, and someone should pay.

Indeed, if the terrorists wanted to undermine the war effort and destroy Western Civilization as we know it, this would be the perfect way to do it. Find an intelligent, attractive young woman to claim she was gang raped by contractors who work at the Vice President's company, and then get a Republican congressman and the State Department to back up part of her story. It's brilliantly evil and almost foolproof!

. . . Because Congress wrote a law exempting the alleged perpetrators from prosecution Jones is suing the company for damages. Halliburton/KBR has offered a fair compromise. The company wants to settle the case in arbitration, where records would be sealed, and spare Jones all the bad publicity that would ensue when they attack her reputation in a public trial.

And, of course, while people who favor an open-ended American military commitment in Iraq probably don't specifically believe that instances of rape and kidnapping ought to be papered over in silence, I think we can all predict that this is a story that will be widely covered on anti-war websites, and basically ignored on pro-war ones.

I find it hard to believe the or even the evil Halliburton would cover up a gang rape. Doesn't the have an interest in ferreting out such malefactors and duly punishing them?

Apparently not. The Narrative says that gang rape is actual government/corporate policy.

I can't say this is nonsense, but it does all seem a bit hard to believe. And very convenient in terms of a multimillion dollar lawsuit against a very deep-pocketed corporation against whom a significant portion of the public is willing to believe literally anything at all.

There's no way to tell, so the Left believes what it wants and the Right resents what the Left has to say. Let me just say that the normal fog of war is compounded by the storm of disinformation being circulated for the purposes of US political consumption. Once again. There's no way to tell. I certainly hope it's not true, but I hoped the same thing about Abu Ghraib and waterboarding. Fact is, in any war we're going to screw up in many ways. There are wicked people and fallible people, and war does not necessarily bring out the best in people.

For some balance, I do believe that the media has ignored cases of exoneration from outrageous accusations, and they have ignored cases where "wedding parties" turned out to be what the US forces said they were.

There are real failures.
That's one of the many reasons that war is Hell. But the enemy exaggerates our failures in order to divide us.