Wayne Dumond: When Politics Can Kill 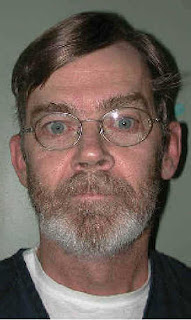 Is Clinton Derangement Syndrome responsible for the horrific deaths of Carol Sue Shields and Sara Andrasek?

Shields and Andrasek are the women that Wayne Dumond raped and murdered after he was released from prison because of, in large part, the efforts of then-Arkansas Governor Mike Huckabee.

Huckabee, a Baptist preacher whose long-shot bid for the Republican presidential nomination has made him a media darling, met with Dumond's wife while campaigning for governor, vowing to free him, and then met privately with the Arkansas parole board as governor after a campaign in which religious right wingers were instrumental in his election.

These fanatics believed Dumond had been framed for the 1985 rape of 17-year-old high school cheerleader Ashley Stevens because she was a distant relative of former Arkansas Governor Bill Clinton and the daughter of a major Clinton campaign contributor.

Huckabee told CNN yesterday that the deaths of the women was "heartbreaking."

"There are families who are truly, understandably and reasonably, grief stricken," he said. "And for people to now politicize these deaths and to try to make a political case out of it rather than to simply understand that a system failed and that we ought to extend our grief and heartfelt sorrow to these families, I just regret politics is reduced to that."

The unhappy reality is that Huckabee allowed Dumond to become a "political case" -- and later a full-blown tragedy -- by caving into the pressure from these Clinton-hating extremists despite having been warned by numerous women that Dumond had sexually assaulted them or their family members and would likely strike again.

After Huckabee's tête-à-tête with the parole board, it granted Dumond conditional parole only months after that had been rejected and he was released 25 years before his 50-year term was to end.

Dumond's release was delayed for two years because of an unusual condition -- he would have to move to another state.

In 1999, Dumond moved Missouri where he raped and suffocated 39-year-old Shields. The day before he was arrested in 2001, police believe he also raped and murdered Andrasek, 23, who was pregnant with her first child.

Dumond died of natural causes while in prison in 2005.

Despite Huckabee's protestations of being unfairly tarnished, he kept the letters and related documents from Dumond's victims and their families secret because they were politically damaging.

He now disingenuously blames the parole board that he worked so hard to influence because it was made up of people appointed by Clinton and his successor, Democratic Governor Jim Guy Tucker, whom Huckabee reminds us was in cahoots with Clinton in the Whitewater affair and was convicted of Whitewater-related felonies. -- as if that matters.

But there is an especial viciousness in the case of Clinton haters that may begin to explain why in Arkansas they would have bought into unsubstantiated rumors that a career sexual predator was railroaded because of one of his victim's tangential connections to their arch nemesis.

Face it, Clinton seems sleazy in a way that Bush does not. His trailer trash background and adulterous escapades resonate in a way that Bush's greatest failings and missteps do not, although at the end of the day Clinton's amorality certainly pales in comparison to Bush's.

It is difficult to imagine a BDS sufferer believing, let alone writing a book to the effect that George and Barbara Bush conspired to kill their spouse. That is what CDS sufferer Kathleen Willey has done in the case of the Clintons regarding the death of her husband, and others have done in arguing ad nauseam that White House counsel and Hillary Clinton intimate Vince Foster was a victim of the Clintons and not a suicide.

"What CDS did was gather the kooks, the loons, and the nuts on the right under one umbrella with the Internet as catalyst. Chat rooms and message boards acted as incubators where the latest preposterous theories about the Clintons were born.

"And perhaps it’s no accident that BDS was born just when blogs began their rise to prominence. The archives of Daily Kos are full of diaries and posts that posit the most jaw dropping conspiracy theories about Bush. If the largest liberal blog could indulge themselves in such tripe, then clearly the way to fame and fortune in the leftysphere was to outdo the big guys in coming up with even more ridiculous theories of dark doings and evil abroad in the land."

Moran wonders why frontrunning Hillary Clinton hasn't come in for more CDS that she has. I say give it time, Rick, give it time.

I hate to say it, but this is not a Willie Horton. I don't think it will stick to him at all. And we both know why.