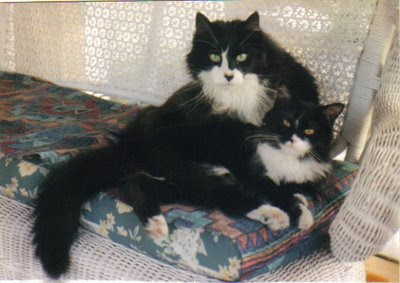 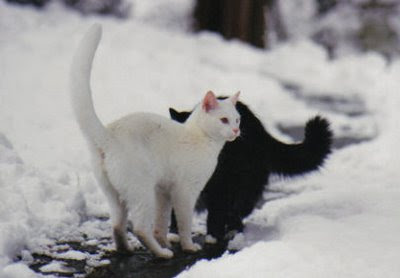 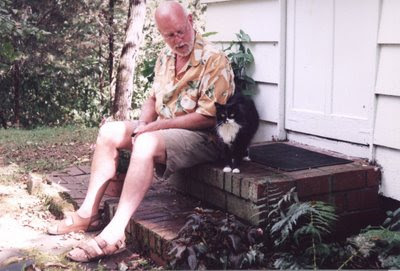 Kiko was a hellion from the day she arrived home, and even as a wee kitty was ferocious and sweet – ferocious to any mousie or other rodent that mistakenly crossed her path during her explorations and sweet to the DF&C and I, as well as her mentor, a big goog of a cat by the name of Panda (with Kiko in top photo).

She alerted the DF&C or I when Kimba (with Kiko in middle photo) wanted to come in the house. She had quite a selection of catnip toys-- stuffed Bill and Hillary Clintons, Dubya Bush, Bill Gates, Ahnold Schwarzenneger, and so on, that she would place in groupings, or in one case a "groping" when Bill ended up on top of Hill. She looked endlessly at doorknobs, latches and hooks, and I'm convinced that had she not been hindered by her tufted paws, she would have figured out how to open every door that stood between her and where she might want to be.