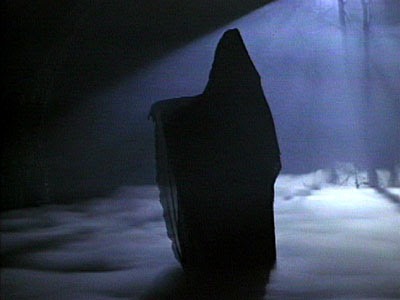 Much seems to have changed since I wrote
this in December 2006. But has it really?

Single-malt Scotch is too expensive, so the only way that I have been able to deal with this disconnect is to pretty much stop blogging on individual incidents such as the bomb blasts in Baghdad this week (70 dead, dozens wounded on Tuesday, another 17 dead, dozens wounded today) and focus on the Big Picture.

But what about my fellow Americans, who are a pretty numb bunch to begin with?

Most are figuratively if not literally shopping at the mall, and beyond the yellow "Support the Troops' ribbons on their SUVs, the obscenity that the Iraq war has become is an abstraction. That is unless they are the very rare person who knows a war veteran or happens to stroll past a TV store at the mall and catches a big-screen glimpse of the carnage before they avert their eyes and continue on to Victoria's Secret.

How then to punch through the national novocaine and bring home a war for which President Bush has not ever asked for sacrifice, only lip service? And continues to stubbornly state that "victory" remains America's goal?

Never mind that the carnage doesn't seem to register in the Oval Office, nor is there any rush to complete a comprehensive review of a war that the U.S. rushed into like a house on fire in the first place. Wrapping up that review will have to wait until after the New Year. In the meantime, the president will decamp to Crawford with Laura and the Twinsies for some photo-op brush clearing and a suicide bomber-free old-time family Christmas.

Is there even a faint hope that someone -- someone whose last name is not Sheehan -- can leverage what legions of gray beards have been unable to do and shock George Bush out of his dream world?

When I ponder this fantasy -- and it is a fantasy -- I think of Bob Layton's mother.

Bob and I attended university together. He was a Robert Redford-handsome engineering major, president of a fraternity, head of the campus ROTC detachment and engaged to marry a beauty on whom I had an unrequited crush.

Bob went off to Vietnam a freshly minted Infantry second lieutenant, where he was soon blown to smithereens. By the time he left this mortal coil, the trickle of American flag-draped pine boxes being carried out of the rectums of cargo planes to the central morgue at Dover Air Force Base had become a flood.

Bob's mother was heartbroken. But she also was angry. Angry about President Johnson's serial lies concerning the progress of the war, the changing rationales for being in Vietnam, his refusal to acknowledge and correct mistakes, and a humility-free "trust us" condescension that had taken her son from her forever.

I'll give David Halberstam, Uncle Walter Cronkite and the anti-war movement some credit, but it was Bob Layton's mother and mothers like her who ultimately turned America against the obscenity that the Vietnam war became and drove LBJ from office.

History is repeating itself in Iraq in some respects. And so this holiday season I would like to think that my fantasy comes true through a contemporary version of that classic scene in Charles Dickens' A Christmas Carol when an uninvited guest pays a visit to Ebenezer Scrooge's bed chamber.

Picture the president settling into a long winter's nap when he hears the clanking chains of the Ghost of Iraq Future and then these words:

Posted by Shaun Mullen at 8:03 AM
Email ThisBlogThis!Share to TwitterShare to FacebookShare to Pinterest

So imagine the mothers and friends whose young men were killed or disappeared into the maw of World War II. Half a million, give or take. It would have been another million if they'd invaded Japan, which they would have. These people still live in the nursing homes -- a few. You could ask them about the Roberts and Williams that used to share their eggnog.

My father trained 4-F troops for 18 months, an enormously long time. He taught them Judo and made them run on however many legs they had. He taught them to ride motorcycles and forced himself to do everything he made them do. And all for nothing, as you say. They went to North Africa and never came back.

Shaun - If only those ghosts would make a difference. George wouldn't/couldn't/won't give a damn about his past or the havoc it wreaks now or will wreak on the future. His picture is next to Webster's definition of a sociopath. I can think of nothing, absolutely nothing, that would make him think twice about what he is doing to our military personnel, their families, this country. He, and his "people," are way beyond the capability of being affected by anything a mere mortal can say or do.

My wish for this Christmas and New Year is that we can get through the next year w/o destroying this Country, and her people, beyond repair.