What Is the White House Trying to Hide? 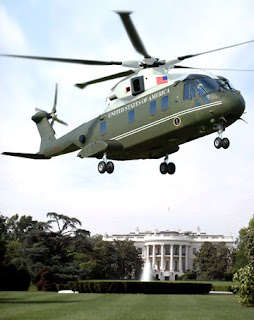 Why doesn’t the White House want us to know who its visitors are?

That would seem to be the pungent question as a tug-of-war continues between the folks at and Citizens for Responsibility and Ethics in Washington, a liberal watchdog group.

The White House says that its Secret Service-maintained visitors logs are classified. CREW, which wants the Secret Service to turn over logs regarding nine conservative religious commentators, including James Dobson, Gary Bauer and Jerry Falwell, says they’re public information under the Freedom of Information Act.

A federal judge agrees and has ordered that the logs be turned over to CREW, a decision that is sure to be appealed.

The Washington Post also has sued for access to the logs, particularly as they pertained to disgraced super lobbyist Jack Abramoff, while Vice President Cheney has sought to get the Secret Service to destroy them.

Methinks that the question of why the Bush administration is fighting tooth and nail to block release of the logs is less pungent than meets the eye. This crowd is beyond embarrassment and any visitors whose names it really doesn’t want to get out would come in the back door, for crying out loud.

Nah. This is just another example of the administration obfuscating and power grabbing for the sake of it.