Notable Quotes, Some Pearls of Wisdom (And Back to Full Blogging Tomorrow) 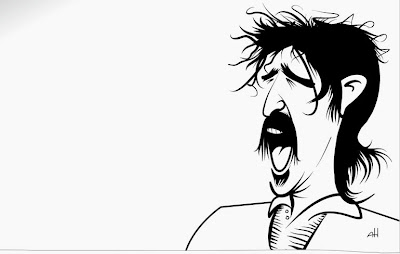 Every few days (or weeks if I'm not feeling inspired) I change the quote beneath the Kiko's House banner.

I've accumulated a pretty good stash of them, and in keeping with the contemplative nature of the ending of one year and beginning of another, here are some of the best. We'll start with the very first quote that I posted way back when and work forward to the here and now in no particular order:

The illusion of freedom will continue as long as it's profitable to continue it. At the point where the illusion becomes too expensive to maintain, they will take down the scenery, pull back the curtains, move the tables and chairs out of the way, and you will see the brick wall at the back of the theatre.

In a time of universal deceit, telling the truth becomes an act of rebellion.

Life Is Not a Dress Rehearsal.

These bloody shamans tell the people anything, no matter how insane, and the people believe them, it's like Americans, only different.

In the land of the blind, the one-eyed man is king.

Only a catastrophe gets our attention. We want them, we need them, we depend on them, as long as they happen somewhere else.

The significant problems we have cannot be solved at the same level of thinking with which we created them.

It doesn't matter what you do, so long as you don't frighten the horses.

Mother’s milk leads to everything.

It is from numberless diverse acts of courage and belief that human history is shaped. Each time a person stands up for an ideal, or acts to improve the lot of others, or strikes out against injustice, he sends forth a tiny ripple of hope. That ripple builds others. Those ripples -- crossing from each other from a million different centers of energy -- build a current than can sweep down the mightiest walls of oppression and injustice.

Each party steals so many articles of faith from the other, and the candidates spend so much time making each other’s speeches, that by the time election day is past there is nothing much to do save turn the sitting rascals out and let a new gang in.

You can chain me, you can torture me, you can even destroy this body, but you will never imprison my mind.

Well, Watson, we seem to have fallen upon evil days.

My blog has one quote...I am too slack to change it.
It is from Hunter S. Thompson..."When the going gets weird, the weird turn pro".
It had been in place for almost a year when I got a comment one night, informing me that weird was spelled...weird. I had it wierd.
Of course, I was quoting Hunter S. Thompson.
The person leaving the comment had the same name as someone who grew up down the street from me, and lives in a neighboring town now. He had a bicycle paper route, and would stop and talk to us about the horrors that awaited us in eighth grade gym class. I left a message with him, asking if he was the same one, and have not gotten a reply.