On The Troubled CIA: Can It Get Smart? 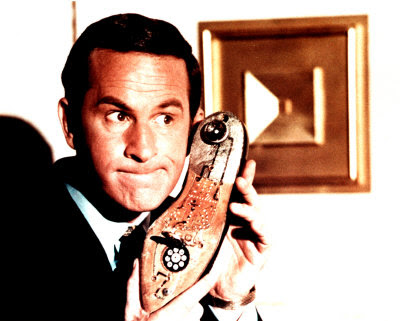 It's time to take a deep breath and a step back and ask what the heck is going on with the Central Intelligence Agency.

This is prompted by the CIA scandal of the moment – the destruction of terrorist interrogation tapes that the spy agency had been explicitly told to hang on to. That, of course, is an outgrowth of the larger issue of the Bush administration's embrace of torture.

Make no mistake about it: The CIA in theory is every bit a necessity in the era of global terrorism as it was during the Cold War. I think.

As Herbert Meyer, a former CIA intelligence big and Reagan administration official puts it, "the CIA is to the president what radar is to the captain of a 747 — it's the management tool that enables him to see things up ahead before they otherwise would be visible; to see looming dangers early enough to avoid them and thus to set a safe course toward his destination."

By that token, George Bush and presidents before him have been flying blind much of the time:

* The CIA dawdled in the period between the Cold War and the 9/11 attacks. Some CIA officers correctly assessed the threat of Al Qaeda and radical Islam, a small unit was created to monitor Osama bin Laden and there was credible intelligence that at least two of the 9/11 hijackers were in country and learning to fly passenger jets. But this intelligence was marginalized, most notably in the case of Zacarias Moussaoui, the so-called 19th hijacker, and the officers who actually knew what was afoot were ridiculed for their zealotry.

* Those failings are substantially the fault of the administration, but President Bush is complicitous. He never fulfilled his promise to reform the CIA, having never intended to do so anyway. He kept CIA Director George Tenet, who was best at fighting the same turf wars that the president's own father had fought as CIA director 30 years ago. He later appointed Porter Goss, a partisan Republican who was fiercely protective of the agency's old-boy network and installed the corrupt Kyle "Dusty" Foggo to supervise the agency's day-to-day operations because of his connections to GOP campaign donors with deep pockets.

* When the CIA did get Bin Laden in its crosshairs, which it did at least once during the Clinton years following the West Africa embassy bombings and USS Cole attack, as well as several times since, the White House refused to give its blessing.

* A scathing 2004 Senate Intelligence Committee report found that the CIA and other intelligence agencies fell victim to false "group think" when assessing s weapons capabilities and produced overstated or incorrect conclusions that played perfectly into the Bush administration's predetermination to take out neocon bugaboo Saddam Hussein no matter what. The result is a war without end.

Lo these many years later, I still shudder to think that then-National Security Advisor Condoleezza Rice was, by her own admission, still fighting the Cold War when Tenet and J. Cofer Black, the State Department's counterterrorism guru, stopped by in July 2001 to warn her that Al Qaeda posed a threat to the homeland. Rice has said she can't remember the meeting.

Conservatives in particular like to say that there were strong CIA directors in the good old days, notably Allen Dulles and William Casey. But Tim Weiner argues persuasively in his terrific Legacy of Ashes (2007) that both had more than their share of ignominious failures, including missing the building of the Berlin Wall, the invasion of Korea by China, the rise of the Iranian ayatollahs and the Mother of All Intelligence Failures prior to 9/11 -- the CIA's failure to anticipate that the economic decline of the Soviet Union would lead to its collapse.

There is one signal CIA success of the last quarter century – the defeat of the Soviet Union in – but that of course led to the emergence of the Taliban and provided a comfy base for Al Qaeda.

Veteran columnist Andrew Greeley calls the CIA a dysfunctional bureaucracy that "produces $40 billion worth of crap every year" and therefore should be abolished.

I'm not ready to go that far, but with every new scandal and every new round of excuse making by and for the CIA, the idea has greater appeal.

The State Department developed an enormous document of scenarios and strategies vis a vis Iraq.
It/they were ignored.

The military prepared their required Phase 4 plan for post Iraq attack good and awful probabilities and scenarios. Sec Def said he would fire the next person to bring up this topic.
It/they were ignored.

Dumping on the CIA in the face of such gross known Administration manipulation is akin to FoxNoise' gossiping over their missing white girl topic of the day.

They did state with raised hair emphasis that Bin Laden was attacking from the air....which got this crud started...remember?