Why Hillary's Coronation Is On Hold 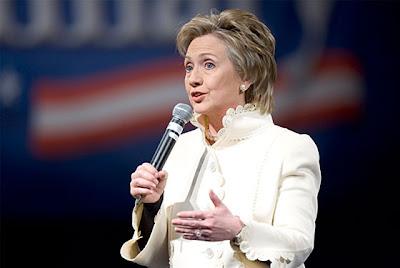 Having been rather critical of Hillary Clinton, I find myself feeling a tad sorry for her these days because she can’t seem to say or do anything without getting dinged. Trouble is, her wounds are mostly self inflicted.

The media proclaimed one-time frontrunner and prohibitive favorite now faces possible defeat in the caucuses and primary, and is in trouble in Nevada and South Carolina, as well. Yes, she still has double-digit leads in national polls, but she and the media had anticipated the four early state contests to be coronations on her fast track to the nomination and the White House.

What the heck happened?

* Mrs. Clinton made the classic mistake of choosing her advisors more for their loyalty than their ability. Look no further than the Bush White House for a textbook example of the perils of surrounding one's self with people who are going to tell you what you want to hear and not what you need to hear. The decision that Mrs. Clinton would run like she was an incumbent seems especially shortsighted because it failed to take into account that the electorate is thirsty for change. Barack Obama's campaign relentlessly cranks out the message that he will bring change to while Mrs. Clinton keeps telling us how experienced she is. Translation: There will be more competent leadership but not necessarily big change. Cynicism, including playing polarizing politics, is the coin of Mrs. Clinton’s realm. The clumsy effort of her now former co-campaign chairman to bring up not only Obama's self-confessed teenage drug use but whether he peddled the stuff was a cynical ploy. The incident followed two instances in which volunteer campaign aides forwarded e-mails that falsely claimed Obama was a Muslim and possibly was intent on destroying the U.S., and an embarrassing campaign statement asserting that he was so consumed with ambition that he had written an essay in kindergarten titled "I Want to Become President."
After months of campaigning, I still can’t tell where Mrs. Clinton stands on the issues that matter most to me. These include , torture and immigration reform. This is in part because of the huge media bandwidth to which we're exposed, but it also has to do with her notorious and ongoing vacillations.

* Bill Clinton is one of Mrs. Clinton’s greatest strengths – and weaknesses. He was absolutely the most adept politician that I saw on the stump in the eight presidential campaigns that I covered. Had Al Gore not kept him at arm's length in 2000, he probably would be finishing his second term. That noted, it is surprising that as the Mister stumps for the Missus he seems to be talking more about himself than her. And you can be sure that he won't alienate his black base by going hard after Obama.

* Mrs. Clinton also seems to be getting the little stuff wrong. At the most recent debate, she chirped about enlisting the American people in the way her fifth-grade teacher had in using the manned space flight program as an inspiration to study math and science. The problem is that Mrs. Clinton was in fifth grade several years before there was any such program.

Maybe Mrs. Clinton forgot that she was in fifth grade when the launched the first Sputnik. It's not a make or break issue, but does help further cement the impression that she and her advisors thought the campaign was going to be more of a cakewalk than a slugfest. Which helps explain why that coronation is on hold for the foreseeable future.