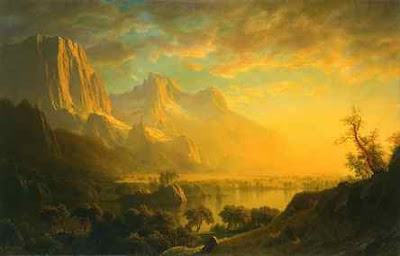 America has always been on the road to not being America. Today’s America is incredibly different from that of my childhood.

The Founders would scarcely have recognized the America of the Civil War. The Englishmen and Scots-Irish Protestants of the Colonies had been augmented by Irishmen and Germans (my ancestors), many of them (gasp!) Catholics.

By the time of the Great War Eastern and Southern Europeans had arrived in numbers. And, my goodness, many of them weren’t even Christians!

Each of these changes didn’t just transform the look of the population and where (or whether) it worshipped but government, too. By the time World War II broke out, the America envisioned by the Founders, that of government by enumerated and delimited powers and extreme decentralization was gone for good (or ill). That’s not coming back.

A question that I think that the progressive critics might consider is whether they really think that the America of 1820, with legal slavery, hatred of and legal descrimination against non-Protestants and non-whites, women firmly ensconced in the home, and the only social safety nets being the family and the church, was better than the America of today?

Historically, we’ve thrived on change, chaos even. To tell the truth I think that’s one of the things that Europe’s bureaucrats and the Middle East’s autocrats have against us: they don’t much like change. But change is the one thing that we can confidently predict.

Will it be change for the better? Who knows? But it’ll be different and America, once again, will become unrecognizeable.

Is there anyone out there who still harbors the delusion that George Bush or most of his administration possesses the slightest shred of human integrity or the tiniest morsel of respect for the truth, for law, for the people of this country or any other?

Sorry, the question was rhetorical and asked out of personal frustration with the evil festering stew of lies, theft, brutality and domestic and international piracy that this administration has created in the place of what was once the .

No, I'm not naive enough to believe that we were ever a perfect country, free of guilt from participation in many and various Machiavellian schemes and plots over the last two centuries, the influence of the power lusts of private wealth have always had far too much influence in our public affairs to allow us to avoid responsibility for the results of our contributions to the general level of human misery. We have committed serious crimes against people in places as varied as and , and as far apart in space and time as and .

The refusal by Democrats in Congress to impeach George Bush and Dick Cheney represents a monumental political and public diplomacy failure, trumping even their inability to offer more than half-assed opposition to the continuing occupation of . Michelle Obama recently said that “the world will look at America differently” if her husband is elected president; maybe so, for a few minutes, but then the world will tire of gazing upon Obama’s chocolately goodness and start looking again at our behavior. If we want to change the perception of this country then we need to reject the actions that shaped the perception and at least make an attempt to hold the perpetrators accountable, a duty that Obama and most of the other candidates, like their lily-livered colleagues among the Congressional leadership, regularly shirk.

The rule of law, the very foundation for a free society, has been under assault, not only by criminals from the ground up, but also from the top down. An administration that lives by evasion, coverup, stonewalling, and duplicity has given us a totally discredited Department of Justice. The credibility of those who now manage the nation's top law enforcement agency is tragically eroded. We are fortunate to have its dedicated career workforce, especially its criminal prosecutors, who have faced the unprecedented politicization of decisions regarding both personnel and investigations.

We live in a time when secrecy in government threatens our basic liberties as well as the concept of "open government" on which our democracy rests. This Administration has classified more documents already than any other in American history and has been more secretive in its deliberations than any other in memory. While recognizing that much of what our intelligence agencies do must necessarily remain hidden in order to protect the methods with which that intel is gathered as well as the lives of people gathering it, we as a people must demand that our leaders be as accountable for their actions as our national safety permits.

While recognizing this danger, we can celebrate when the exceptional nature of American democracy reveals itself. With great reluctance, the Bush Administration took a tiny step toward a more open government [with release of the National Intelligence Estimate on ]. I have no illusions that this will continue nor do I believe it redeems the Administration for the previous 7 years of obsessive, over the top secrecy.

But taken as a separate event, the release of this document should elicit feelings of pride that the core beliefs we hold about this country can be confirmed in such a public and remarkable way.