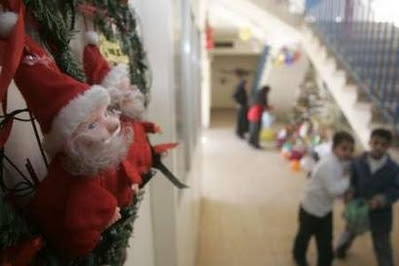 Despite a significant reduction in violence in over the past three months, the Iraqi government has made little headway in improving the delivery of electricity, health care and other essential services, a new Pentagon report said.

The report is the latest of the Pentagon’s quarterly assessments on progress in and offers the Bush administration’s most comprehensive assessment of security and economic trends there.

As expected, the report chronicled a substantial decline in attacks on Iraqi civilians, Iraqi security forces and American troops — a reduction to numbers not seen since the summer of 2005, according to the Pentagon.

But the assessment also indicated that the Iraqi government has been slow to take advantage of that downturn in violence by taking the political and economic steps to cement the security gains.

It's endorsement season, and you need a scorecard to sort out the enthusiasts. Curt Schilling is pitching for John McCain, Bonnie Raitt is singing for John Edwards, Magic Johnson is playing for Hillary Clinton, Oprah and Chris Rock and Ken Burns are vetting Barack Obama, Chuck Norris hearts Mike Huckabee, odd couple Robert Duvall and Pat Robertson dig Rudy Giuliani, the First Lady of Iowa is touring with Hillary, the Des Moines Register has blessed both Hillary and McCain, who in turn got the nod of the Boston Globe, which also came out for Obama...and this random sampling doesn't include all the lawmakers and religious leaders in Iowa and New Hampshire and South Carolina who are far less famous than journeyman actor Judge Reinhold, who has endorsed Bill Richardson.

The thing is, most endorsements don't mean squat.

Since voters have easy access to so much information about presidential candidates, they hardly need to be advised by a celebrity or a politician on how they should cast their ballots. Does it really matter, for instance, that ex-Democratic House leader Dick Gephardt has come out for Hillary? Not even Gephardt thinks so; as he remarked not long ago, "I'm a has-been politician, so I don't know that I can do anything more than bring my own vote, but maybe I can get my family to vote the right way."

I don't think that there's a single federal agency that wouldn't be improved greatly by simply razing it to the ground and starting over. The CIA should have been disbanded years ago, and replaced with something else.

It should still be. My biggest disappointment (among many) with the Bush administration is that, while it talked tough on the war, it was never willing to refocus the government on fighting and winning it, instead increasing and consolidating bureaucracies, and continuing the war on US citizens (e.g, drugs). That's the problem with having a "compassionate conservative" and a big-government Republican in charge. It's why I pine for a Fred Thompson, who at least talks like a federalist.

This bullshit about making Strom Thurmond happy has to end somewhere. If the point of Lott's remarks was to make an old man feel good on his birthday, banana pudding and a sponge bath would have done the trick. Lott was, and remains, an egregious racist. He'd made identical remarks numerous times over his career, including at a campaign appearance for Ronald Reagan in 1980. Lott argued over the years that racial discrimination was not necessarily unconstitutional, and he actively supported neo-Confederate organizations like the Council of Conservative Citizens -- a group that descends directly from the segregationist White Citizens' Councils of the 1950s. There was nothing innocent or naive about Lott's remarks. He clearly meant them.

A white separatist group planning a Martin Luther King Jr. Day parade in [] is suing the town, claiming officials are violating the Constitution by asking participants not to bring firearms, changing the parade route by one block and requiring the posting of a bond.

Most of the Justice Department leaders responsible for the U.S. Attorney scandal have long since resigned. Alberto Gonzales left in September. Deputy AG Paul McNulty gave notice a few weeks before that. Bradley Schlozman left at around the same time. Kyle Sampson is gone. Mike Elston is gone. Monica Goodling is gone.

But one of the prime figures in the scandal is not only still around, but got a promotion: Brian Roehrkasse, a Bush 2000 campaign worker who worked as a spokesman for the DOJ Office of Public Affairs during the scandal, was promoted in August to head the entire office.

As in the , the "culture wars" have been a long-running staple of political debate in . The topics are much the same, except that Australian culture warriors tend to be a bit embarrassed about creationism and the more extreme forms of voodoo economics. And of course they’ve gone back and forth in the usual way, going nowhere much. With the departure of the Howard government, though, things have gone meta – we’re now fighting about whether we should fight culture wars.