It's Not Just a Coincidence: When Everything Is Wondrously Illuminated 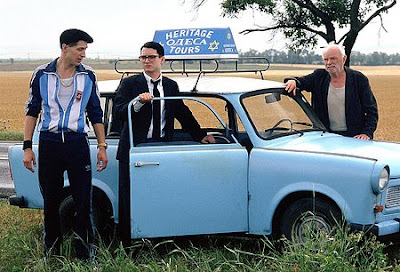 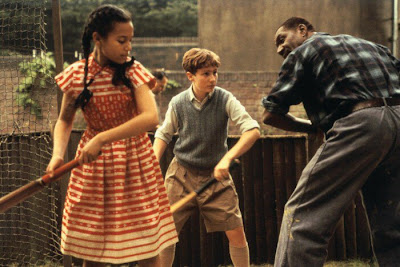 The concept of the coincidence -- like bumping into a long-lost friend on the street whom you had dreamt about the night before -- has undergone a metamorphosis of a sort as my dotage approaches. I have come to see these “events” as being more predestinated than merely coincidental. And usually for a reason.

So it was when I brought home two movie DVDs the other day that I pretty much had chosen at random from a selection of nearly 4,000 titles.

One movie, Everything is Illuminated, had caught my attention because it stars Elijah Wood, he of Lord of the Rings fame, and I was curious to see if he had the chops to act outside of his rather limited role as Frodo Baggins. (He can.) The other movie was Wondrous Oblivion, which I picked up because I liked what little I knew of its story line: Gawky English schoolboy is tutored in the finer points of cricket by a Jamaican neighbor in 1960s . I also had heard that the soundtrack was really good. (It is.)

Not to give away the plots, let alone the endings, but the "coincidences" between these two coming-of-age movies are fairly amazing.

Everything is Illuminated is a 2005 release based on Jonathan Safran Foer's autobiographical novel and was directed by Liv Schreiber. The story: A young and neurotic American Jew (Wood) travels to the to try to find the woman who saved his grandfather from a Nazi massacre during World War II. With the help of two locals – a gruff old man who is seemingly anti-Semitic and his disco-dancing grandson, as well as the old man’s show-stealing dog – they locate the woman living in a cottage in a sunflower field after myriad adventures accented in hilariously fractured English. The old man turns out to be a Jew who survived the massacre and the ending is, to say the least, bittersweet.

Wondrous Oblivion is a 2003 release written and directed by Paul Morrison. The story: Eleven-year-old David Wiseman (Sam Smith) is the son of German Jewish émigrés and had a grandparent who died in a Nazi death camp. He is crazy about cricket but no good at it. When a cricket-loving Jamaican family moves in next door in their poor and prejudiced neighborhood , David is drawn to father Dennis (Delroy Lindo) and daughter Lilian (Yasmin Paige). He ends up being caught in the middle and has to choose between fitting in with his bigoted white neighbors and class-conscious school chums or standing up for his new friends. David, as well as his parents, do the right thing and the ending is, to say the least, quite sweet.

Well, you coulda knocked me over with a feather.

This is because the coincidences between these two very good (if not brilliant) movies are deep and both offer the same rather profound lesson: From the clash of cultures and prejudice can come understanding and comity, virtues that are in notably short supply in today’s screwed up world.

Shaun, thanks for the movie info. I am amazed sometimes at the spectrum of profoundness that can be observed in the two hour time frame of a movie. I love the creativity of people.

I know you probably have too many blogs to read each day, but I'd recommend Prof. Chet Raymo's daily "musing" at ScienceMusings.com. I think more than anything else I'd love someday to sit around a porch and listen to you two converse--I know you'd have a lot to talk about and I would find it delightful!

As a genealogist (amateur), I found Everything Is Illuminated particularly poignant.

The observation that history does not exist for us to find--rather we exist to find historical truth--to be as accurate a statement about the reason for pursuing my hobby as any I've heard.