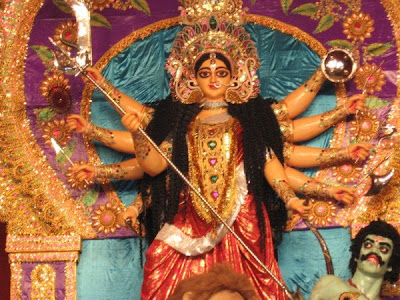 Hello dear! Myself Ram Chander Misra, politician from , bringing business proposal for your kind perusal. I have been politician for more than 30 years now, and have worked in all major parties. I am currently holding important ministry portfolio, and handling many crores of funds for social welfare scheme. Indeed, many thousands of crores of rupees. Which comes to many BILLIONS OF DOLLARS, dear. And this is where I need your help.

First, dear, let me tell you something about Indian government. Government of is existing on the basis that it will help poor people of . This it can only do if there are poor people in . Thus, it is important to keep people in poor. This is for their own good, dear, for how can we help them otherwise?

Government of does this with very ingenuous method that is tried and tested through centuries. First, it taxes them vigorously, both their earnings and spendings, promising to spend their money back on them. But for every 100 rupees that we take, only 15 are spent as they should. I will come back to what happens to the rest, dear, because it CONCERNS YOU.

Government of also puts restrictions on free trade, so that people cannot get rich on their own easily. You see, dear, people think that government is their servant, but it is other way around. Individual exists only to enrich government, and has only freedoms that we grant. We ministers in government control everything.

With the GRACE OF GOD, few Indians have fought against this arrangement, and as a result, government has grown and grown. You may not believe the large sums of money at our disposal, so let me give you examples. My favourite example is the almost Rs12,000 crore that goes into Rural Employment Guarantee Scheme. See irony: First we are preventing employment from coming up by strangling industry with licence and inspection raj, and labour laws, and by making sure 60% of country is stuck in agriculture, when the figure in developed countries is closer to 5%. Then we are taking money from them to give them jobs!

Our education sector is also a problem, and we ensure that it remains that way by making sure that most parents do not have choices. With licensing laws and requirements, dear, we make sure that private schools are difficult to start and expensive to maintain. Many private schools operate illegally and at low cost, and many parents, even in slums, prefer to pay for them than send their child to a free public school. But most Indians LOOK TO THE GOVERNMENT to provide education, and for that we are spending Rs10,000 crore in Sarva Shiksha Abhiyaan, and almost Rs9000 crore for Prarambhik Siksha Kosh.

I could go on, dear, through every sector of the economy, but you get the point. We are given almost Rs50,000 crore to spend on our eight flagship schemes, which amounts to more than 12 billion dollars. The total funds available to us amount to twice this amount, or 25 BILLION DOLLARS. This is lot of money, even for people used to squandering, and this is where I NEED YOUR HELP.

You see, dear, the amounts I have mentioned above are just for one year, and I have been a minister for many. Me and my esteemed colleagues have accumulated wealth amounting to HUNDREDS OF BILLIONS OF DOLLARS, some of which still lies in government accounts, though for all practical purposes it is ours only.

I live beyond my means, with many houses and cars that that my minister’s salary could not have provided, but most Indians overlook such small riches. They think corruption is disease of system, not realising the corruption is OXYGEN of system. You give one group of individuals power over another group, what to expect? But even then, to suddenly withdraw billions of dollars of wealth will draw attention. The media, especially, might bother. (We are trying to throttle them with broadcasting bill, but that will take time.)

So, dear, here is what I propose. If you are willing to help me, we can withdraw these VAST RICHES, and prevent them from going waste. Or even, God forbid, from being spent on Indian people. All you have to do is form a company, and I will transfer 10 BILLION DOLLARS to your account under development project. We can later share the money, with 40% to you and 60% to me. I will take care of all paperwork, such as licenses, caste certificates to get you preferential treatment, and so on. Details of the nominal fees for this will be sent later. If all goes well, you shall become my REGULAR PARTNER in drawing out the money of the Indian people.

The blessings of God and the Indian people are with you, for this system has been DEMOCRATICALLY APPROVED. Please reply at earliest.

Yours in expectance of shared riches

By Amit Varma at Uncut