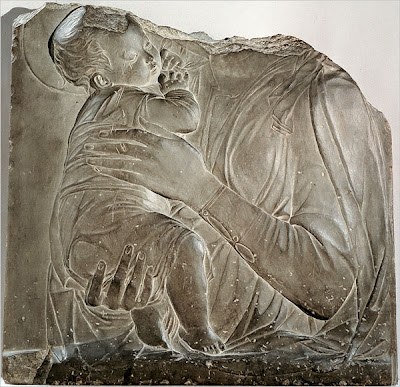 A month by month comparison from 2006 to the surged months in 2007 reveal that overall the death rate has risen in every single one of them and meanwhile, as you know, no political progress has been made on the government side of the surge strategy.

No matter what Petraeus tells us in September, which will certainly be that it just needs more time to succeed, by every reasonable metric the surge has been just as abysmal a failure as every other operation that was supposed to turn the corner for Iraq. The only question left is just how many Friedmans does it take to get the cowardly politicians and the loyal deadenders who support them to admit the cause is lost?

The United States cannot walk away from the new international terrorist front it created in Iraq. It will need to keep sufficient forces and staging points in the region to strike effectively against terrorist sanctuaries there or a Qaeda bid to hijack control of a strife-torn Iraq.

But there should be no illusions about trying to continue the war on a reduced scale. It is folly to expect a smaller American force to do in a short time what a much larger force could not do over a very long time. That’s exactly what the British are now trying to do. And the results are painfully plain to see.

Let's face it . . . Tommy Thompson mostly looked painful on the stump. I met several political reporters and pundits in earlier this year, and one told me that Tommy gets stage fright and freezes in appearances like the presidential debates. That doesn't mean Tommy would make a bad leader -- by all accounts, he was a good Governor -- but it does make him unelectable in a presidential general election.

Thompson says he will return to the private sector and his non-profit work as well. I wish him well, and perhaps he can find a role in the next administration. I'm hoping that a couple of more Republicans will hear the same message from their finish at .

Here we have the Bush presidency — the desire for the grand story, the great narrative, the huge arc, regardless of fact. This isn't policy-making by speechwriting, it is leadership by plagiarism.

Great moments in history and great visions drive great words — think RFK standing in the back of a truck one April evening in 1968 telling the assembled crowd in that MLK had been assassinated. But this was not the Bush way. The Bush way was to fit what it was doing into a narrative established and given credibility by other people, other great leaders.

It's incumbent on us to say, rather honestly, that Medicare Part D is working better than expected. More than 90 percent of seniors now have drug coverage, and the poor seniors, who get their drugs through Medicaid, have signed up in record numbers. Yet Medicare Part D is still a bad program.

I've long struggled to explain this, because if something's a bad program, we assume that people won't like it. But satisfaction with Part D is quite high -- and costs are even coming in a bit below estimates. So what gives?

-- EZRA KLEIN
Women who get cosmetic breast implants are nearly three times as likely to commit suicide as other women, U.S. researchers reported.


The study, published in the Annals of Plastic Surgery, reinforces several others that have shown women who have breast enlargements have higher suicide risks.

It seems that NASA made an error in its series of US average annual surface temperature data that, while not materially relevant arguments about global warming (the differences are small and global warming is global) were nonetheless wrong. When the error was pointed out, NASA corrected it. The conservative blogosphere, naturally, went crazy is misunderstanding everything and can't understand why the MSM is covering up the big scoop that global warming is a hoax.