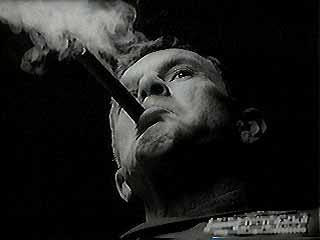 Rudy Giuliani is Curtis LeMay without the experience.

What does every war-fighting effort require? Fuel. In this instance, has real vulnerabilities that the “overwhelming application of the air instrument” can exploit.

Specifically, despite huge reserves of crude oil, nevertheless must import about half of its gasoline, largely because of a shortage of domestic refinery capacity. Targeting what refinery capacity possesses could directly and concretely erode its ability to support Iraqi insurgents.

Oil refineries are ideal targets for air and missile attack. They are large, relatively “soft” facilities that are difficult for even the most modern air defense to protect. At the same time, they represent wholly lawful targets generally subject to attack with a minimal risk of collateral damage.

Besides reducing the fuel available to support insurgent activities in , the further cutback in refinery capacity could influence Iranian leadership, as the nation has already seen civil disturbances as a result of gasoline rationing.

Another indirect benefit of destroying refining capacity: Billions of dollars otherwise available to support Iraqi insurgents would have to be diverted by the Iranians to import additional gasoline supplies.

For the first time, the U.S. military said that Iranian soldiers are in Iraq training insurgents to attack American forces.


There were about ten or twelve Air Force soldiers on my flight from to today. They were dressed in desert camouflage fatigues and all of them were probably no older than 25 years old, with the exception of a couple of NCO's. I overheard them talking to each other and some of the other passengers and learned that they were on their way home from , and this was the last leg of the trip. Most of them had been traveling for 48 hours or more, flying from through Europe, then , , , , , and now home.

In spite of the long journey, they were all upbeat and joking among themselves. Well, of course; who wouldn't be? Looking forward to getting home to wives and family -- and visiting their favorite places like Tony Packo's, the Hungarian restaurant with the legendary Hungarian hot dogs, and Loma Linda, the best Mexican restaurant in the world and just a half-mile from the airport. But best of all, they were home.

When we arrived at , the entire troop was greeted by shouts, cheers, balloons, banners, confetti, and not a few tears from the families at the bottom of the escalator outside the security zone. Local TV cameras were there covering the return, and the other passengers joined in the laughter and applause.

It doesn't matter whether you support the war in , and it does not matter what you think of the men who led us into this war. These young men did their job -- a dangerous and hard job -- not because they believe in a political outcome or they support the party who took us into war. They did their job because they are soldiers. They believe in what they do and they do it well. We ask them to bear a terrible burden and they do it under terrible conditions, and they do it well and with great dedication and good humor.

When the plane arrived at the gate, I stood up to get my briefcase out of the overhead, and then waited, like the rest, to go up the aisle. A soldier was waiting for a gap in the line, and I stopped and let him in. I said, "You've traveled a lot further than I did."

He smiled and said, "Thank you, sir."

A roadside bomb killed the governor of the southern Muthanna province on Monday, police said, the second assassination of a top provincial official in just over a week.

Unsaid in all the blather about Karl Rove’s leaving the White House is that, under all the macho geek bravado, he has been another prototypical Bush-Cheney patriot who, like his leaders, did everything possible to avoid bleeding for his country when he might have and later savaged those who did.

Dirty politics is galling enough, but a certified coward slandering the brave to win elections is pathological.

During the war in , Rove slithered in and out of colleges to keep a 2-S deferment after drawing a draft lottery number making it likely he would be called.
. . . This is the war record of the man who in 2000 slandered John McCain as mentally unstable after five years as a POW in , in 2004 swift-boated John Kerry who fought and bled in the war Rove dodged and, most unspeakable of all, impugned the patriotism of Sen. Max Cleland, who lost both legs and an arm there.

. . . Now we have to endure super-machismo war talk from Rudy Giuliani, who evaded on the basis of his indispensability as a law clerk, Mitt Romney who spent that period as a Mormon missionary in and Fred Thompson, who was too busy as an assistant prosecutor in .

It’s not vital that Presidents and President-makers have defended the country in uniform, but it would help if they tried to understand and respect those who did.

Senior military commanders have told the Government that Britain can achieve "nothing more" in south-east Iraq, and that the 5,500 British troops still deployed there should move towards withdrawal without further delay

Two and a half years after [President] Bush pledged in his second inaugural address to spread democracy around the world, the grand project has bogged down in a bureaucratic and geopolitical morass, in the view of many activists, officials and even White House aides. Many in his administration never bought into the idea, and some undermined it, including his own vice president. The war has distracted Bush and, in some quarters, discredited his aspirations. And while he focuses his ire on bureaucracy, Bush at times has compromised the idealism of that speech in the muddy reality of guarding other interests.

At the same time, the most important front in the counterinsurgency, improving basic social and economic conditions, is the one on which we have failed most miserably.

This is the most accurate and courageous--the authors are all non-commissioned officers--account of the war in that I've seen. It puts to shame--and shame is the appropriate word--all the Kristol, McCain, Lieberman, Pollack and O'Hanlon etc etc cheerleading of the past two months.

Trying to hold a country the size of in the middle of a civil war with 160,000 troops would have seemed to [Eisenhower] absurd. If you need to use force, you should have enough of it to do the job quickly and completely. Then get the troops home and leave the rest to the politicians and diplomats. That was the American way of war, as Ike and Grant saw it.

Ike was shrewd enough to avoid getting entangled in 's war in . "No one," he said, "could be more opposed to ever getting the involved in a hot war in that region than I am." As for the , Ike offered prescient words: the had no business transforming itself into "an occupying power in a seething Arab world," and if it ever did so, "I am sure we would regret it."

Great blog. I really liked it. I have also created a lens in same niche. This is my first time , hope u guys like it. Here’s a brief intro: Long before beginning a search for the best home business, there are three things to be well and truly defined. Have you heard it is all in the planning? This is as true a statement as has ever been declared. No business, no matter how good the ad and hype sounds, no matter how hard you work, no matter how much help you have; will be successful until these three secrets are known. Further more, the only place to find these secrets to the best home business in where most will not look. You hold these secrets. No one else can know what you know nor are they able to define what it right for you. http://www.squidoo.com/best-home-business-for-you/