Month 53 of the War By the Numbers 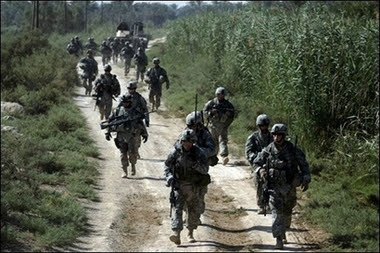 As far as the war in Iraq is concerned, the trouble with September for the Bush administration is that August has to come first.

This means the good news in the run-up to the anxiously awaited Petraeus-Crocker progress report gets upstaged by the bad news: Negligible decreases in U.S. and Iraqi casualties despite all of the spinning about how much better things are.

Beyond all of those congressional junkets to Iraq, which almost inevitably produced statements from returning honorables like "Golly gee, that surge thing sure is working!," August also was notable for:

* A growing debate over troop levels. Some active-duty commanders and a fair number of retired ones are warning that the war is bringing the Army to its knees because of the physical and emotional demands that it is putting on its soldiers as well as the Pentagon's inability to quickly replace damaged and destroyed vehicles and materiel.

* A declassified version of the National Intelligence Estimate on Iraq concluded that Prime Minister Nouri al-Maliki can't find his mojo and there won't be legislative reforms unless there is a fundamental shift in governance. Translation: Throw the bum out.

* Despite its years-long efforts to stabilize Basra in southern Iraq, the British Army is watching Shiite militias fill the power vacuum being created as their troops draw down by escalating their rivalries in a violent effort to control the region's rich oil resources.

* Over 400 people were killed in a series of coordinated suicide bombings in northern Iraqm kaing them the deadliest coordinated attack since 9/11.


Photograph by Agence France Presse
Posted by Shaun Mullen at 5:00 AM
Email ThisBlogThis!Share to TwitterShare to FacebookShare to Pinterest

back to the coffee