Sleuthing Out the New O.J. Simpson Murders: Money Made Them Do It 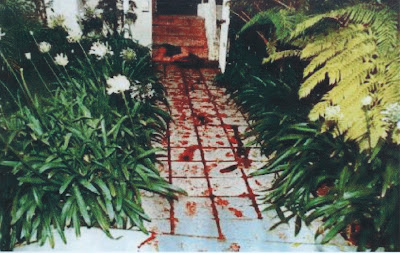 It's easy to forget this is about two murders most foul.
I gave nearly two years of my life to Orenthal James "O.J." Simpson, which of course is a pittance compared to the price Nicole Brown Simpson and Ronald Goldman paid.

I drew some lessons from the 20 months I covered the murder investigation and criminal and civil trials:

First, while bizarre is one of the most overused words in the news media lexicon, the saga of O.J. Simpson is beyond bizarre.

Second, no one who got sucked into or willingly entered the black hole that was the Trial of the Century, as well as everything that came before and after it, escapes unscathed.

Third, I'll be writing about O.J. until the day my feeble fingers slip from a computer keyboard for the last time.

These lessons are yet again on full display as "If I Did It," The Juice's non-confession confession, which once seemed to be as dead and Nicole and Ron, lurches toward publication.

* Pablo Fenjves is the ghost writer of the edition of "If I Did It" that was to be published by Judith Regan’s HarperCollins imprint subsidiary before she and the book were axed by Rupert Murdoch after a public outcry that not even a media mogul who built his fortune on scandal could let pass. Fenjves is a neighbor of Nicole’s who testified for the prosecution at the 1995 criminal trial about hearing the "plaintive wail" of her dog on the night of the killings.

Money made him write the book.

* Ron Goldman's father, Fred, who was foursquare against publication of the book -- calling it "despicable" and "morally reprehensible" -- is behind the rebirth of "If I Did It" after acquiring the rights in bankruptcy court as a consequence of his decade-long battle to force Simpson to help satisfy a 1997 $33.5 million wrongful-death civil judgment (now up to $38 million with accrued interest).

Money made him change his mind.

* Goldman and the Brown family had failed to collect in part because O.J. moved to after the criminal trial, a state with notoriously lax bankruptcy laws.

Hanging onto money, not improving his golf game, made him do it.

* The Goldman-authorized version of "If I Did It" was brokered by Sharlene Martin, a Los Angeles literary agent with a reputation for handling controversial works, including the best selleing "You’ll Never Nanny in This Town Again," written by a former nanny for Michael S. Ovitz.

Money made her do it.

* "If I Did It" is being repackaged by Beaufort Books, a small publisher that made "an extraordinarily generous offer," according to Martin, and has waived its usual arrangement of sharing the publication costs with the authors.

Money made Beaufort publisher Eric Kampmann do it.

* Kampmann will donate a portion of the proceeds to the Ron Goldman Foundation for Justice, which was recently set up to help victims of violent crime and their families. No word on why it took Fred Goldman 12 years to be so altruistic.

Methinks money made him do it.

* Denise Brown, the older sister of Nicole and very public face of the Brown family, had said she was "shocked" and "horrified" by the new edition and says her family agreed to share in the proceeds only after it unsuccessfully tried to block it.

Money made them do it.

* Major publishers are greeting the book with disdain. Says Jonathan Karp, a publisher and editor of a Warner books imprint: "I think it’s got about as much commercial appeal as Osama bin Laden’s love sonnets. I think it’s a terrible idea for a book, and I don’t know why anybody would either want to publish it or read it."

Not getting any of the money made him say it.

* For the time being, the last word goes to Sharlene Martin, who concedes that the book could flop, but by having O.J. recount the murders he maintains he didn’t commit, "at the very least, maybe those who believed in his innocence might be convinced that they were wrong."

You know what motivated her to say that.

My whole body heaves with a very deep and despairing sigh.

I have resisted blogging this topic for a few days as it illicits such anger in me.

How it must be for you after having spent so much time around it all, back then.

Money. It becomes the proxy for so much in our society that I am flabbergasted!

Now don't get me wrong, I am not anti-money per se, but I am anti making it into the balm that shall heal, solve and soothe all. Quite the contrary I say.

This whole unending tragic episode and this publication are a piece of performance art, a bad piece at that, regarding how we view money.

Money, like revenge, tends to be a poor healer in my limited experience. I hope to continue to live and believe that for all my days.

I try to temper my contempt with some pity for all parties here.

Thanks as always - your blog is a light in the fog of our times Shaun.