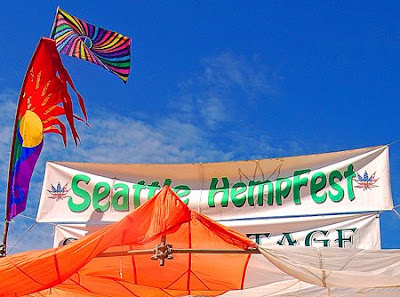 However, the governor stopped short of committing to implement a state-licensed production and distribution system for the drug if the potential for federal prosecution remains unchanged.

-- BARRY MASSEY
Watch carefully what happens when the Brits pull out of . If the drawback to turns into a bloody rout, as former Petraeus advisor Stephen Biddle seems to think it will, the costs could be catastrophic. Retreating under fire is by far one of the most difficult maneuvers in war.

Now bear in mind that our trained-and equipped allies in shamelessly support the same insurgents who attack us daily. Then recall that the few stability metrics not trending in reverse call for ten years of occupation or more, yet readiness issues will push us out on a time scale closer to a year or less. Surprisingly, it turns out that people who create their own reality can’t create their own troops. Assuming that things don’t get measurably worse the situation when we leave will look almost exactly like the security situation today.

Things may not be going too well in or against Al Qaeda in , but there is one front where the Bush Administration is prevailing--in the war to keep American children without medical coverage to protect the HMOs and private insurers who have given us one of the worst health care systems in the world at the highest cost.

The most misused and exploited political statistic is, far and away, the low (and rapidly shrinking) approval ratings for Congress. A new poll released today found "Congress' approval rating the lowest it has been since first tracked public opinion of Congress with this measure in 1974."

For the past several months, Congress' approval ratings have been as low as, and often lower than, George Bush's unprecedentedly low ratings. Various media pundits and right-wing advocates use this fact constantly to insinuate that Bush is not uniquely unpopular and Americans have not really turned against Republicans, but rather, there is just a generic dissatisfaction with our political institutions, or more misleadingly still, that Americans are actually angry at Congress for not "doing enough" (by which it is meant that they are excessively investigating and obstructing and not "cooperating" enough).

But the reason for these low approval ratings is as clear as it is meaningful -- the overall ratings for Congress are so low because Democrats disapprove of the Democratic Congress almost as much as Republicans do.

American Psychological Association says psychologists should stop participating in abusive interrogations. Good for them. On some level, it's sad that it took them this long. On another level, it's just so weird that they even need to address this in the first place that you can see how it might have taken a while to snap into action. Four years ago, I never would have guessed that the government's officially sanctioned systematic use of torture was going to be a recurring topic in my political commentary. I guess I was naive, but I think it was naive in a good way.

Women who force themselves to stay quiet during marital arguments appear to have a higher risk of death, a new study shows. Depression and irritable bowel syndrome are also more common in these women.

In what will surely be seen as a defining moment for the 9/11 truther movement, the History Channel has delivered a blow for sanity and rationalism by airing a superior documentary entitled 9/11 Conspiracies: Fact or Fiction.

There’s no other way to say it; the truthers got reamed.

They got reamed to the point that the truthers who produced the internet video Loose Change are scrambling to alter the third version of their conspiracy mongering tripe, even going so far as to drop any reference to the twin towers being blown up by the government (they continue to insist WTC #7 was brought down by explosives).

The documentary took no prisoners as it destroyed almost all of the major conspiracy theories associated with 9/11 while revealing the real motivations of the truthers; that they are part of a political movement driven by raw, unreasoning hatred of George Bush, the American government, and to some extent, America itself.

What started two weeks ago as a routine space shuttle flight to service the international space station and let a teacher-astronaut inspire students from her perch in space turned into a bit of a nail-biter when the shuttle Endeavor suffered minor damage during liftoff. In the end, NASA handled the problem deftly, and the shuttle landed safely at the Kennedy Space Center yesterday. But it was a troubling reminder that the aging shuttles have some inherent defects that will always pose a risk as they limp toward retirement in 2010.