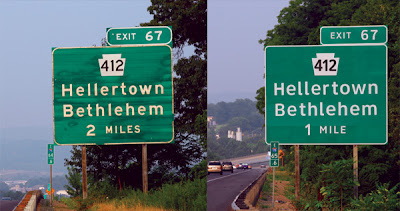 So let us not, as proud Americans who care about the future of our country (or other concerned individuals besides), let us dare not allow again a growing drum-beat of vague allegations to gather momentum, with the attendant formation of a new consensus among group-thinking Beltway agitators whose strategic lens have proven disastrously faulty, but nonetheless still have the President’s ear (mostly via Cheney), so that launching of attacks on Iran gains traction as a plausible policy option. And even if you were to be tempted by some of these gung-ho chest-beaters on the , do you genuinely believe this grossly incompetent national security team would be able to handle the potential fall-out of such an operation . . . The real danger we face as this criminally incompetent Administration winds through its final days is compounding the Iraq imbroglio by a catastrophic intervention in Iran.

[T]he American people are eager to hear a new story. The question is whether the Democrats can tell it.

Imagine if the Bush administration had gone into Iraq, found a nuclear arsenal, the ponies had a appeared, happy fun time Democracy spread through the Middle East like wildfire, 6 months and a few billion bucks later we mostly got the hell out of there, having to wade through piles of rose petals on the way out, and a grateful Iraqi population lived happily ever after in their secular pro-Israel, pro-US Democracy.

Now imagine just how marginalized all of the war opponents would have been? Imagine how none of these people would've ever appeared on the teevee again, having been proved so fucking wrong that none of them were ever welcome back as participants in our mainstream public discourse again.

Oh wait, that part isn't hard to imagine, because even though they weren't proved fucking wrong it's already the case. . . .

[W]ar skeptics are still represented by all of these very serious people who spend more time gazing at their own intellectual struggle (yawn) trying to convince themselves that even though the hippies were right they were wrong, and who even now try to stop any effort to actually end this war. They're trying to maintain their stature and status even though they failed in their self-appointed obligations, and even now, over cocktails with Max Boot, desperately rail against the dirty fucking hippies who live under Joe Klein's bed.

It's a dangerously absurd state of affairs, and it has to change somehow.

Approximately 500 000 women die each year of causes related to pregnancy, abortion and childbirth, 99% of them in developing countries, according to the World Health Organisation.

The deal is, I’ll stop writing about Karl Rove as soon as Karl Rove stops trying to rewrite the history of his own career.

In a press interview, George W. Bush’s political guru said it was a "mistaken impression" to believe that his winning strategy was "all about playing to the base, that supposedly the success of the two (presidential) campaigns have been that the president played to the base of the Republican party. Completely inaccurate."

Oh really? It’s "completely inaccurate" to suggest that Rove charted a campaign strategy that played to the base of the Republican party? It’s a "mistaken impression?"

We all know that Bush’s people have long been fact-challenged about policy matters, such as the alleged rationale for waging war in , but apparently this state of denial extends to their own behavior as well.

The problem is, they can't simply flush history down the Orwellian memory hole. Rove’s new spin about himself is flatly contradicted by his past actions.

I see a lot of catcalling going on regarding Karl Rove’s inability to forge a permanent Republican majority, and I notice that a number of people are crediting Rove with tactical mastery and strategic inadequacy. Maybe, but in my opinion, the real problem is Rove and company’s complete reliance on gutter politics.

The diversity issue has reared its head again within the Progressive blogosphere in the wake of the Yearly Kos convention, and the revelation that attendees were predominantly white and male. Not surprisingly, many of the A-List bloggers are aghast that anyone would dare accuse them of a failure to include their "less fortunate" blogging brethren. No one likes being told they may have a few prejudices still rattling around in their attic, least of all "bleeding heart" liberals who pride themselves on their tolerance, acceptance and "good will toward all."

Indeed, its our own identification with the "downtrodden" among us that often prevents white progressives from recognizing that we also often employ stereotypes to exclude and marginalize minorities, even as we applaud our own "compassion." Because we're so quick to rail against the racism and bigotry of the right, we often fail to notice that we can be just as ignorant regarding people of color. Our faith in our supposedly superior qualities of empathy and understanding makes us unable to see that we can be just as hypocritical as our conservative cousins.

During a discussion of financial news on MSNBC's Hardball, host Chris Matthews told CNBC's Erin Burnett: "You're beautiful," "you're a knockout," and "It's all right getting bad news from you." Uber-professional, I know.

I was being chauffeured in the All Men Are Liars Mercedes yesterday when an elderly man got on the bus and, because there were no seats available, I rose to stand for him.

The bloke was probably in his early 60s and when our eyes met the communication was unmistakable; "please don't embarrass me by standing up, I'm not that old."

I sat back down but other passengers who'd not read the man's body language proceeded to stand and he laughed it off, telling them he was fine, that he was getting off in a few stops - but there was a tragic mix of bravado and despair in his voice; had it come to this, do I really look that old?

It's one of the sadder characteristics of Western society that just when men, and particularly women, have garnered a sense of what life is actually about, we stop listening to them.

The contempt we hold for the elderly manifests itself most potently in our attempts to reject the inevitability of the aging process, the billions we spend on cosmetic surgery, hair dye and fish oil and the looks of panicked terror when people like the man on the bus suddenly realise they've become The Old Guy . . .

. . . [A]n iPhone bill takes the prize at a whopping 50+ pages of double-sided nonsense. Wondering where all that money you're paying AT&T for your iPhone plan is going? I'd say that printing, paper, and postage are pretty safe bets. Hell, the bill itself probably weighs more than your phone!