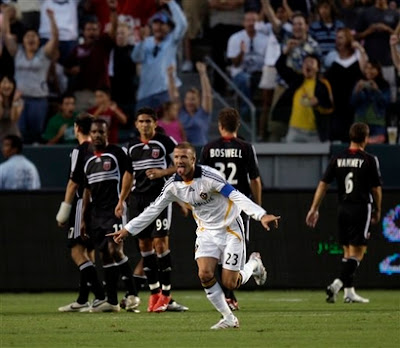 To this day, many people, including myself, cite the Padilla case as the ultimate wake-up call to the true character, the genuine soul, of the Bush administration. Imprisoning a citizen, on soil, with no charges of any kind, and then keeping him for years completely incommunicado, is just one of those lines which many people believed would never be crossed in .

That this bright line was crossed, and crossed so explicitly and with so little controversy, was an unmistakable sign of just how much of our national character was being eroded, just how limitless was the attack on our basic constitutional framework, just how profoundly our political press was failing. Today's verdict offers yet more evidence of just how unnecessary -- on top of illegal, unconstitutional and destructive -- the administration's behavior here was.

Suha Arafat - the widow of the Palestinian leader - who enjoys a reputation for lavish living, has been stripped of her citizenship in her adopted home of Tunisia and forced to leave the country amid allegations that she secretly married the president's brother-in-law.

Tunisian officials said yesterday that the 44-year-old widow, who was 34 years younger than Yasser Arafat, had moved to where she is living with her Palestinian brother.

According to one official source she was stripped of her "moral and material rights". It is not clear if this includes her bank accounts, widely rumoured to be full of millions hidden away by her notoriously corrupt late husband.

Talk about multi-tasking! A police officer has been acquitted of improper behavior for having sex with a stranger while on duty because he was wearing his earpiece at the time.

The client, a former high-ranking fashion executive and perpetual volunteer at her children's private schools, was checking the price she could get for her nine-room co-op in a prewar building. When the market reached a high, she told Ms. Kleier, she planned to divorce her husband, sell the apartment and live on her share of the profits.

Last year, Ms. Kleier delivered the long-awaited news: luxury apartments were at a peak. The client went through with her plan. Now the woman calls from her new condo in , raving about the weather and the distance from her ex-husband.

"She felt that she couldn't walk out on him until she had the money to move away and buy something on her own," Ms. Kleier said. "The real estate market allowed her to buy her freedom."

Thanks to the BBC’s new emphasis on this crisis, may finally wake up to the reality that its culture is on the verge of extinction. With global birth rates plummeting, the concern over saving the earth may soon be replaced by concern over whom we’re saving it for. As the traditional family declines, fewer children are being born to replace and support the world’s graying society.

A pair of German physicists claim to have broken the speed of light - an achievement that would undermine our entire understanding of space and time.

According to Einstein's special theory of relativity, it would require an infinite amount of energy to propel an object at more than 186,000 miles per second.

However, Dr Gunter Nimtz and Dr Alfons Stahlhofen, of the , say they may have breached a key tenet of that theory.

This would make a heck of a reality TV show.

The baby-poor Russian region of wants to its people to procreate, and has come up with a holiday and prizes to encourage them to their duty for Mother Russia.

has declared Sept. 12 the "Day of Conception" and for the third year in a row will give couples the day off from work . . . so they canwork on making babies.

Couples who "give birth to a patriot" nine months later during "Russia Day" festivities - June 12 celebrations marking the end of the - will win money, cars, refrigerators and other prizes.

[A]pparently, in Hollywood, pregnant is the new super-thin and going to jail because of an act linked to a drug addiction, well that's just what everyone is doing (Lohan, most prominently and publicly). Doing pregnancy and jail together, as Nicole Richie is about to, now that's just plain trendsetting.

I'm just wondering what will happen to us if this President learns of a real threat, like an Al-Qaeda nuke device set to detonate near the Capitol in DC, and tries to sound the alarm? I know I won't be inclined to snap to, and neither will an awful lot of people. In fact, we're likely to do the exact opposite. Maybe that's the most serious damage done by the Bushies, the complete depletion of Oval Office credibility, the Boy Who Called Wolf Writ Large.

What will the next President do to convince people to believe him or her? What we've got here is not a credibility gap, but a yawning abyss!