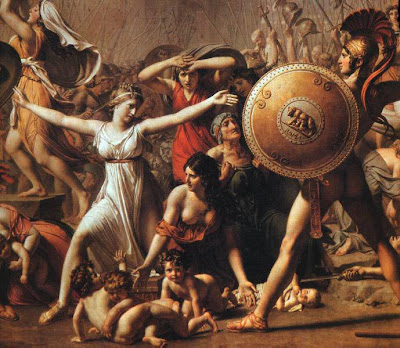 Our military has increasing moral authority in , but the same cannot be said for our government at home. In fact, it’s in moral deficit. . . . has no moral clout in . looks like a circus act. The authority is coming from our military. The importance of this fact would be difficult to understate.
-- MICHAEL YON

There is nothing funny about an unnecessary war that has taken nearly 4,000 American lives and many tens of thousands of Iraqi lives. But I find it mildly amusing in a Keystone Kops sort of way -- and sadly predictable in an Only in America Today way -- that Democrats are falling all over themselves in joining Republicans to declare the surge a success in the run-up to General Petraeus' anxiously awaited September progress report. And are giving President Bush a big green light to dump the whole stinking mess in his successor's lap.

Let's dissect this turn of events:

* With due respect to General Petraeus and the men and women fighting in the teeth of the surge, the notion that the latest last-gasp offensive can be declared a success by next month is (choosing words carefully) a patent absurdity. Can you say not enough troops?

Modest gains against a few elements of a hydra-headed insurgency that remains fiendishly effective at staying a step ahead of the latest surge-related offensive, if only by absenting themselves until the action inevitably moves on, is not a success. Even if it were, it would be illusory because without political rapprochement military gains mean very little.

* There is no indication that when the Iraqi parliament returns from , or wherever it is spending its summer recess, that it has any intention of working toward sectarian reconciliation, the elephant in the room that surge-centric commentators usually overlook in cheering the modest military gains.

In fact, no one in a position of power in Iraq has much to gain by kissing and making up. The most likely scenario is that once there is a drawdown of U.S. troops of any consequence, the fragile glue that kind of sort of holds Iraq together will disintegrate and the majority Shiites will set about dividing up the spoils -- or what is left of them – in a coda to civil war.

Moral authority does not flow from the points of guns, Stryker fighting vehicles, tactical air strikes, arming both sides in a civil war, and acts of barbarity, albeit isolated ones.

* Moral authority also does not flow from a head of state who equates leadership with power grabbing, cudgel casting and base characterizations anyone who does not lick his wingtips. It is doubtful that a White House without Karl Rove could exert the kind of moral gravitas that might persuade factions to put aside the historic enmities bared anew by a horribly botched occupation.

Okay, the Rove reference is a joke. A bad joke, but an appropriate segue into noting that the Bush administration and Congress are global laughing stocks who have only marginal influence and zero moral authority over their own constituents, let alone Iraqis who must laugh until they cry -- and then have a real boo-hoo – over the circus act that Yon correctly calls .

* The Democrats' mid-term election message that the war must be brought quickly to an end, which they carried into a series of symbolic and unsuccessful votes in the Senate and House earlier in the year, turns out to have been more appropriate for bumper sticker sloganeering.

The grim reality, which even front running presidential candidates Hillary Clinton and Barack Obama are now acknowledging, is that some kind of residual U.S. force will have to be left behind for years to come to fight the very terrorist threat that Bush and his feckless congressional helpmates created.

* * * * *
There's an old saying that there's no such thing as being half pregnant.There's also no such thing as half fighting a war, but that's the post-September progress report prescription that most Democratic presidential wannabes (dark horse Bill Richardson being an exception) are endorsing. And merely puts off a day of reckoning that should already be at hand.


Image: "Intervention of the Sabine Women"
by Jacques-Louis David (1799)
Posted by Shaun Mullen at 5:20 AM
Email ThisBlogThis!Share to TwitterShare to FacebookShare to Pinterest